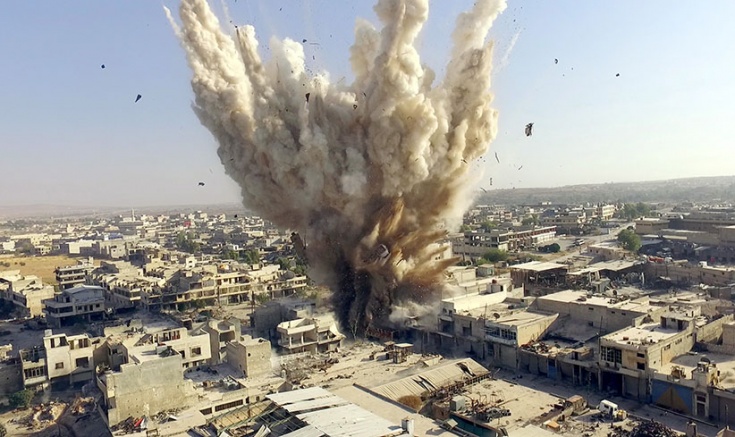 What is terrorism? What are its definitions and what meanings does it express? Are the definitions exclusively limited to violence against a state? In this case, is the violence used by a state, be it a dictatorship or an occupying country, not considered terrorism as well? Why is the violence committed by resistance movements against an occupation or dictatorship considered terrorism when it is violence used to end a higher level of violence? Such questions have been raised in the recent years, particularly after the Arab Spring and emergence of terrorist Jihadist organizations such as ISIS, and others, amidst intense debates aiming to answer them. Most of the answers went into vicious circles without providing accurate, explanatory answers to the questions.

In his paper, titled “What Defines Terrorism? The Identity of the Victim or the Victimizer?” issued under volume 29 of the periodical “Arab Policies” by “The Arab Center for Research and Policy Studies”, Azmi Bishara offered precise answers to such questions. He used a comprehensive approach to the issues surrounding the terms “terrorism” and “war on terror”, which both hinder the correct understanding of such phenomena.

In this article, we address the most important answers to the previously mentioned questions.

If we try to search for the most significant questions regarding the term “terrorism” in the Arab circles, we find that they revolve around the reasons that made using it in politics, as a tool by dictatorships to ensure their survival by imprinting their opponents, easy and flexible, especially that it yields positive outcomes to such regimes. This is what this study aims to do: refine and disambiguate the term “terrorism” when countries have been instead busy fighting it under the name “war on terror” after this war depicted it as an existential threat.

The "war on terror" cannot be considered a war beacause it is limitless, and the enemy being targeted is obscure

What is remarkable about this war is that it does not follow the known standards or laws of war. Therefore, if you think about the term “war”, this cannot be considered a war because it is limitless, neither the time nor place are known, and the enemy being targeted is obscure and unclear, not to mention that it is endless. What it does is it eliminates terrorists and breeds tons more, as if it were making a reason for its existence.

What we have mentioned above are some of the issues that need to be considered when addressing “war on terrorism”, especially that this war has divided the world into two camps. The first includes terrorism fighters from various backgrounds, i.e. dictatorship regimes and their democratic counterparts, despite each having specific goals that are often far from fighting terrorism. The other camp includes terrorists from various backgrounds as well.

Bishara mentions that the major impact of this lies in marginalizing democracy and justice causes after this war depicted war on terrorism as an existential threat; fighting it therefore is a means to survival and sustaining life, and this comes ahead of democracy and pertaining issues. This war has also magnified the police state of countries that are already considered as such, allowing them to interfere in people’s private lives more than ever, i.e. before the ascension of the terrorism phenomenon.

As for the wide debates and questions about what is meant by the term “terrorism”, Bishara differentiates between the notions (terror) and (terrorism). The former carries the original meaning, to deter and frighten. Here Bishara presents each of the French Jacobins and the Soviet intelligence as an example. The notion, terror, was used to express the violence committed by the first model against the enemies of the French revolution in order to stop any attempt to take France back to the pre-revolution era. The same occurred with the Soviet intelligence, which used this term to express its violence that had the same goal; i.e. to deter and eradicate the enemies of the Bolshevik revolution and restrain the counter-revolution. Therefore, the notion (terror) is not a standalone ideological term.

However, when adding the suffix (ism) to (terror), the notion becomes a standalone term that needs definition since the original notion becomes inadequate. This notion expresses the acts that targeted specific individuals in a state, with the aim of proving the fragility of the power of the government.

Bishara says that some of the movements considered these acts as just and rightful because they achieve justice by punishing criminals and deterring other politicians from following their track, thus saving thousands of other victims. Therefore, the term (terrorism) expresses violence that targets a higher level of violence under which more victims would fall; thus, the goal is set and innocent people are spared.

Bishara points that the term terrorism moved, after being limited to Europe after WW2, to armed anti-occupation movements. The matching between the acts of these movements, which aim to end occupation and terrorism is deliberately done by the Europeans who did not consider the resistance movements against the Nazi occupation terrorism.

Moving to the issue of terrorism definitions, the Bishara says the first definition of terrorism according to the perpetrator stated that it is “all criminal acts directed against a state and meant to create a state of terror in the minds of specific individuals or group of people or the public”. Thus, the perpetrator here is unofficial and commits political violence that is outside of the state’s monopoly of violence.

The reasons behind not considering the violence committed by the regime against its people as terror, as in the Syrian case for example, go back to the definition itself, which considers terrorism as the acts that target the security forces or military. This renders the national liberation movements against the occupying regimes, and the political movements that fight the violence of dictatorships against these movements by resorting to violence as terrorist movements.

Bishara believes that there is a connection between terror and the operations of the security forces and the military against civilians. He explains that the operations dictatorships perform in order to prevent terrorism, in light of the absence of laws that protect civilians and hold these state entities accountable, result in having victim minorities. These minorities respond to the state entities’ violence, physical or psychological, especially humiliation, by resorting to organized or individual violence. Here Bishara notes that state violence against civilians, whether it is called terrorism or not, results in expanding the circle of terrorism. He considers this one of the main aspects of weakness of fighting terrorism, pointing out that fighting terrorism always encompasses (terror) and results in (terrorism).

Azmi Bishara concludes at the end of the study that the most dangerous terror is retaliatory, nihilistic violence without a specific political goal, which originates during the crisis of revolution movements, their dissolution, or fallback against dictatorship violence, especially in the absence of a unified leadership and presence of an achievable political project. It also originates when there is a tendency for revenge that is backed by religious or sectarian slogans or others. The solution to this issue, Bishara believes, does not lie in security or military solutions but rather in creating an environment that is against terrorism, one that is based on freedom, justice, equality, human development and protection of human rights.