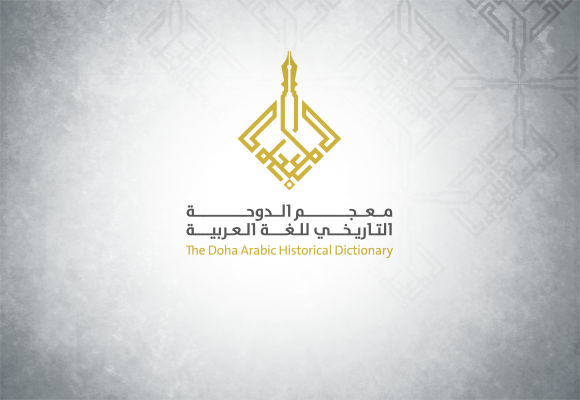 The Arab Center for Research and Policy Studies in Qatar is preparing to launch the web portal of the Doha Historical Dictionary of Arabic at a grand ceremony to take place on December 10, 2018 in Doha, capital of the State of Qatar.

Scholars and Arabic language experts view this event as a milestone in the history of Arabic – and possibly world – lexicons, given the venerable etymological history of Arabic and the inherent difficulty of preparing an accurately dated and sourced historical glossary for its words and expressions. Of many previous attempts to do this, the Doha Historical Dictionary of the Arabic Language is the first to succeed. This dictionary is unique in chronologically tracking words and terms in Arabic from their earliest occurrence in inscriptions and texts, methodically monitoring transformations in structures and syntax within defined textual contexts, throughout the sustained course of the language’s development. Given the history of the Arabic language and the magnitude of its corpus, work on the dictionary is advancing in stages, with the first phase stretching from the oldest documented Arabic text to 200 A.H., comprising some 100,000 lexical entries, presenting through an advanced web portal an unprecedented range of linguistic, lexical and statistical services.

Taking part in the construction of the lexicon are some three hundred university professors, linguists and scholars in Arab countries, including Jordan, the United Arab Emirates, Tunisia, Algeria, Saudi Arabia, Syria, Iraq, Palestine, Qatar, Kuwait, Lebanon, Egypt, Morocco, Mauritania and Yemen, drawing upon the largest Arabic language corpus compiled to date, rather than any existing dictionary. Members of the lexical teams took in training courses and workshops held in Jordan, Tunisia, Algeria, Saudi Arabia, Qatar, Egypt, Morocco, Mauritania, Yemen and Turkey. As a result, the lexicon’s scholars have been able to systematize project methodology under a standard guide for processing and editing developed by the executive body of the dictionary, incorporating technical fluency in the use of the lexical processing platform.

The launch date of the Doha Historical Dictionary of Arabic coincides with the convening of the 12th meeting of the Scientific Council, an elite of leading Arab scholars. During their past meetings, they studied topics such as the selection of textual sources of the lexicon, comparison of their varied editions and histories, and arriving at scientific conclusions to form a methodological basis for the construction of the lexicon. At its next meeting, the Council will examine procedures to begin the construction of the next phase of the lexicon, extending to the year 500 A.H., and then subsequently to the present time.

The ceremony launching the dictionary will be followed by an academic conference entitled: "Historical Dictionaries of Languages: Comparisons and Approaches", in which research on the experience of historical lexicons of world languages such as English, German and French will be presented. Leading scholars of Western and Arabic lexicons will provide a context for comparison of the historical lexicon of the Arabic language with world lexicons.

The Arab Center launched the project of building a historical dictionary for the Arabic language on May 25, 2013, receiving the generous support of His Highness the Emir of the State of Qatar. Since then, work has been under way in a number of areas at various levels. One of the most important strategic outcomes has been the establishment of the scientific, methodological and technical foundations of the lexicon, paving the way for scholars and experts to construct the first historical dictionary of the Arabic language, opening new and promising horizons for producing an advanced Arabic dictionary.