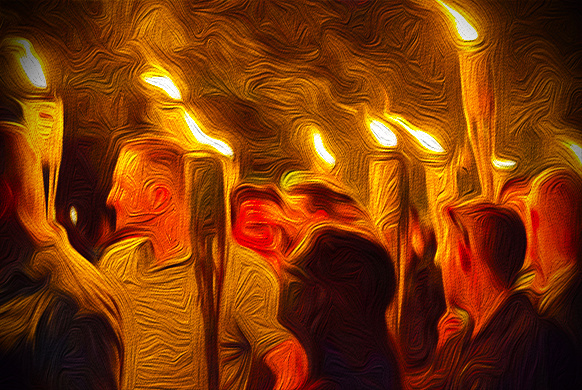 This article, a chapter from the author’s recently published book (March 2018) titled, Ta’ifah, Sectarianism and Imagined Sects, attempts to build fundamental conceptual idiomatic distinctions between community according to religious or confessional affiliation (at-tai’fah), sectarianism (at-ta’ifiyyah) and confessionalism (al-madhabiyyah) – concepts and phenomena that are deeply intertwined. The author also explores related concepts such as identity, religious affiliation, sect, difference, fanaticism (taasub), and others. Bishara analyzes the linguistic and semantic conceptual evolution of the term sectarianism, as well as the evolution of the term through the concepts of confession/group (firqa), sect (tai’fa), and craft (hirfa) – concepts that reflect on the ways (turuq), the occupational and professional congregations as well as the Sufi orders, within Islamic society. All of these developments are examined to reach an understanding of the widespread modern Arabic term sectarianism – sectarianism being a modern term, and sect an old one. Through a critical debate with the modern Western sociological concepts of sectarianism (al-ta’ifiyyah or al-firqiyyah), the study attempts to develop the term “sect” as an analytical sociological term that can be used to analyze the formation, evolution, and characteristics of new contemporary imagined communities, according to religious communities that the author calls imagined sects in his book. One of the major theses in this work is that modern religious communities (tawa’if: plural of tai’fah) do not produce sectarianism; rather, it is sectarianism which breeds the imagined communities that the author calls imagined sects.

To read the full text of this paper, available free of charge on JSTOR click here.