Why We Should Address Sectarianism in Syria? 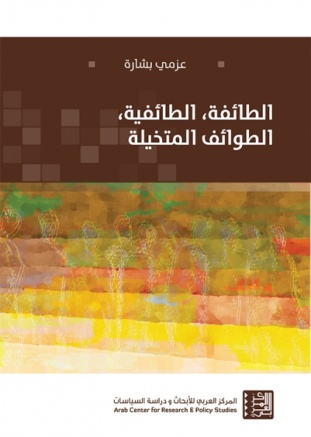 In his book "On Sect, Sectarianism and Imagined Sects", published by the Arab Center for Research and Policy Studies, Azmi Bishara defines the sect as "a group based on belonging to a religion or a doctrine, with great influence for imagined elements." Here he based his definition on Benedict Anderson's concept of imagined communities, where these elements "have a role in the production of narratives and self-awareness through belonging to a group, and therefore it is not a religious or theological term. It is a sociological term determined by the historical, economic, political and social context, and by the degree of competition and conflict between social forces, which are variable, i.e., they are not the same at every historical stage."

In this accurate definition of sectarianism, Bishara agrees with Ibn Khaldun about the meaning of fanaticism, but he realizes that the tools of the modern state and the political field that it created changed the concept of sect and sectarianism and made them tools in the context of the political conflict in the modern Arab state, which failed to build the community of citizens and failed to achieve the minimum bond of citizenship between its citizens. Therefore, these citizens found in sectarianism a new identity, and often a protection from the "evils" of the modern state and its modern tools, which developed considerably in the institutions of the army and security, and remained in its embryonic state in the field of public, basic and democratic liberties, and the institutions of law and justice.

In all the civil wars in which large-scale ethnic or sectarian massacres have taken place, or those wars where rape was committed on a large scale, the aim was to spread fear and terror among civilians. "The other", just by belonging to another ethnic group or sect, is subject to killing or violation simply because he belongs to a sect or ethnic group completely different from "us", which in itself is sufficient justification for murder or "shaming" by means of sexual abuse of his wives, daughters or children.

Perhaps the most common crimes, based on sect or ethnicity, in the Syrian war was rape, which was practiced by the security services in secret prisons, but it may have brought about the desired political goal: cleansing or "homogeneity", according to the expression used by al-Assad several times. The head of military intelligence, Jameel Hassan, was reported to have said, "A large number of wanted people will not make accomplishing the mission difficult, (a plan to arrest more than 3 million Syrians wanted internally and externally for air force intelligence). Syria with 10 million faithful citizens, obedient to the leadership, is better than Syria with 30 million vandals".

This reveals that there is a political decision to liquidate this huge number of political activists and detainees through killing under torture or liquidation in prisons, in order to force the largest number of their families to leave out of fear of arrest and then liquidation.

The Director of Civil Registry in Syria, Ahmed Rahal, revealed the registering of 100,000 deaths since the beginning of 2017 until August 2018, pointing out that the cause of death is not included in the death registry.  Death certificates sent by the regime recently to the registry departments, concerning prisoners who died in prison under torture, did not include the cause of death. Rahal said in a statement to al-Watan newspaper owned by Rami Makhlouf, a supporter of al-Assad regime, on Thursday 9/8/2018, "The Directorate of Civil Registry documented 32000 deaths in 2018 and 68000 during the year 2017, without specifying the cause of death. "The civil registry documents the deaths on the basis of any document from the regulatory authorities", he added, and said that these documents do not say whether the deceased was missing or otherwise, in a rare official confession to the liquidation of 100,000 political prisoners under torture.  according to his interview with Al-Watan newspaper, a supporter of the Assad regime.

It is would be stupid to believe that there is no sectarian issue in Syria. Some of the supporters of the regime argue that it is a power struggle. Some opponents believe that it is only a war between supporters and opponents. We will not discuss the structure of the Syrian regime or its sectarian constitution, and how this reflected on al-Assad family's security and political decisions during the decades they were in power, since 1970 until today. There are solid academic studies, in particular Dr. Azmi Bishara's book, Sect, Sectarianism and Sectarian Politics.

He added that three developments led to the emergence of sectarian expressions that pushed the revolution towards civil strife: the first was the suppression of civilian activists by force in the early stages of the revolution, the second is regime's insistence on interpreting the revolution either as an external conspiracy or as sectarian strife; in addition to the escalation of the role of the regime's militias during the revolution; and thirdly, the emergence of regional hubs that affected the discourse of the Syrian crisis, especially with the emergence of the coalition of the Iraqi and Iranian governments and Hezbollah, in a coordinated manner, to provide financial and military support to the Syrian regime."

He then detailed how the sectarian discourse was used by the regime in order to transform the Alawite community into a solid nucleus for the regime, especially after it felt the extensiveness of the revolution and its gravity, as a reaction to the concentration of wealth and power. This opened the door to sectarian hatred, according to Bishara, which was fueled by individual voices from the opposition, that gradually increased to become prevalent later on. But the regime insisted on stoking it instead of quenching it, as the only way to support the solidity of its Alawite base. It was also narrated that the demonstrators used slogans such as "Alawites to the grave, Christians to Beirut" during the first days of the revolution in Daraa, although it is impossible to find one video among all the peaceful demonstrations where this slogan was raised. But this narrative was blindly repeated by all supporters of the Syrian regime from analysts and commentators on Arab satellite channels, in order to spread it and transform it into the official narrative. Unfortunately, all the researchers who chronicled the emergence of sectarianism in the Syrian revolution echoed this narrative without even trying to verify the date when this slogan was used, or the place it was said, or even the extent of his dominance on peaceful demonstrations in the first phase of the Syrian revolution. They also repeated the story of "the killing of Brigadier Abdo Talawi, his sons and his nephew in al-Zahraa neighborhood of Homs, and showing their mutilated bodies through the media" as evidence of the early sectarian dimension during the first phase of the Syrian revolution.

However, no one wondered how the Syrian regime, in April 2011 when its security grip and control over all the districts of Homs was at its height, allowed of the display of dead bodies in the streets, and in another narrative it was said that they were "dragged in the streets of Homs". If the objective of the regime was to quench the sectarian revolution, as would be the case with any legitimate political system that wishes to prevent bloodshed among citizens in order to ensure security and stability, how is it that none of the perpetrators of this heinous act was brought to justice in a public trial, in order to distract attention away from the sectarian dimension to the individual liability, as is the case in all criminal offenses? It was clear that the regime, especially security and intelligence services - whether responsible for this incident or not - mainly aimed to, as Khadr Khaddour says, "ensure the full loyalty of the Homs Alawites, who are seen as an institution dominated and controlled by the Alawites from the coast, despite the fact that the Alawites of Homs are civilians, mostly family members or neighbors of army officers or in the intelligence service agents, which contributed at an early stage to the "militarization" of the Alawite society. This explains the large number of volunteers from Homs, especially from the Zahra area, in ​​the so-called "thugs" militias, which the regime named: the "national defense" forces. There are very similar to what is called "paramilitary force", a troop with organizational structure, tactics, training, subculture, and a job (often) similar to that of the professional army, but not as part of the state's armed forces. These militias in particular are accused of the most terrifying and brutal sectarian massacres, such as the massacre of olive vineyard and the massacre of al-Hula, both were committed in 2012, and played a key role in the spread of sectarian massacres in the city of Homs.