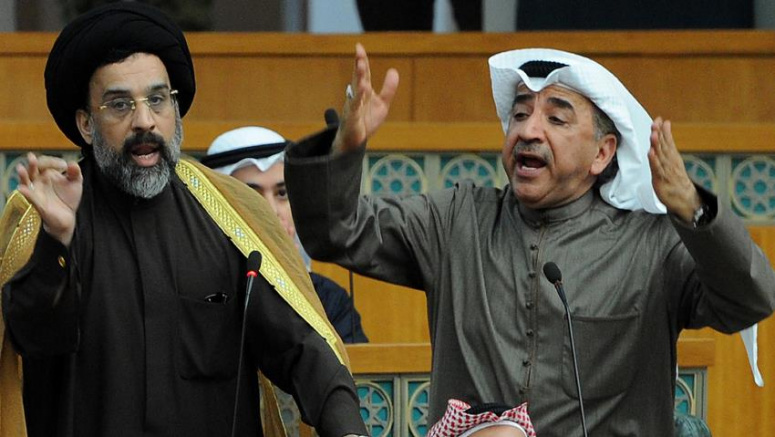 A debate on social media was triggered over remarks I had made, stating that if supporting oppressors is the result of a moral flaw, rather than ignorance or misunderstanding, then it would be futile to debate this view using logical arguments and facts.

One friend said that most conflicts were the result of a difference over the definition of injustice and oppression, and that this is an epistemological question rather than an ethical one.

Some differences regarding the question of injustice are indeed epistemological. However, in order to be able to reach any result by discussing it, a shared system of values is a prerequisite.

If we differ, for example, over the issue of injustice between dictatorship and democracy, it would be worthwhile to have a debate only if we agree on two things: one, justice as a value; and two, the definition of justice.

Is justice merely judging people on an equal footing? Is it equality in the eyes of the law? Is it the protection of the law from the caprices of the ruler? Or does it mean the just (re)distribution of wealth and does it include the value of freedom?

Perhaps justice is all of the above, more or less. After establishing this, we may then proceed to debate whether a system is just or unjust, and to argue, advance evidence, and even put said evidence under scrutiny.

It is only natural for people to take some values for granted. No society can exist without such axiomatic belief in values like honesty, loyalty and integrity -- values often urged by religion, norms and ethics ahead of the law.

But each historic renaissance carries new values, hugely contributing into shaping the character of society.

Modernisers, for instance, focus on values like sound work ethic, diligence, innovation and shun sloth, dependence and fatalism. They urge punctuality and appreciation of others' achievements, regardless of their origin and material status. They also call for respecting privacy and are keen to protect the public sphere.

By contrast, the spread of certain (negative) values can be linked to the decadence of societies.

In most cases, modern societies do not need to debate fundamental values such as the right to life, the absolute condemnation of the murder or punishment of innocents, the rejection of torture, and the theft of public funds.

Rather, what may be debated would be the question of what is more effective in preventing and avoiding such evils, a dictatorial or a democratic system?

But if it becomes clear during a political debate that when one side fails to condem torture or only condemns it if it is perpetrated by opponents, this renders the debate futile for having a purpose other than its declared one.

Likewise, if it turns out that some of us do not mind the killing of civilians from the air, using barrel bombs or cluster munitions, or through suicide bombs; if some of us see the forcible displacement of people in war as something natural or the torture and liquidation of political opponents desirable, then a discussion has no meaning.

That is to say, an epistemological difference is valid only if a certain moral agreement is present. Otherwise, any debate is a conflict in which words are used as weapons against opponents, not to persuade them but to subdue them.

Societies might become divided around conflicts over interests. They might reach compromises or they might fail to do so. They might also be divided on political issues, for example on how to manage public affairs, war and peace, and so on.

For these differences to be managed in a way that preserves the unity of society and public life, there must be a shared system of values at a level deeper than institutions and policies.

Only then would a rational debate and exchange of ideas be meaningful.

There is room for differences over some values, and possibility for existence and mutual respect, if society agrees to a fundamental system of values that guide the individual in his or her life.

Some individuals see sectarianism as an absolute negative, others as a negative behaviour when it is an attitude towards others, but accept it as a system of government for example. But if people do not agree that sectarianism in the former sense (that is, in the sense of bigotry) should be abhorred, then there is no meaning left for a discussion on what constitutes sectarian behaviour or not.

A debate in this case becomes equivalent to mudslinging, meaning to smear the opponent and undermine him. In some countries, bigotry was outlawed even before it was rejected gradually by society's values. In other places, this was the result of a long-term cultural evolution or was forced by the struggle of the victims of bigotry themselves.

But the debate between racists and bigots is futile because it is in reality a conflict, which can be settled only by other means where debate is just a tool. For instance, a debate between bigots over the rights of citizens is meaningless, because it proceeds from no shared ground. Even if a compromise is reached, it would reflect the balance of power not the balance of arguments and facts.

We often discover that a person who condemns the killing of civilians in a specific context, can support or condone it when the perpetrator is someone to whom this person is ideologically affiliated or with whom he shares a sectarian or other identity.

Here, we discover that to some, values only apply within the group to which they belong but not to others. We become shocked when we discover that the person we are debating has no qualms about the killing of civilians or bombardment of civilian neighbourhoods -- or someone who denies this is taking place despite overwhelming evidence just to score a point in a debate.

We become even more severely disappointed when we find out that some disputing camps in the Arab world are not disputing over values, but over who should rule. Both camps exhibit the same behaviour when they take power.

A Problem of Ethics

At this point, we realize that the major problems we face in our societies are moral and ethical ones, rather than political ones, where debates are futile. Indeed, debates, in light of a severe imbalance in values, only pours fuel on the fires of hatred, bigotry and division.

Change in our values so that they become accepted norms is a process that interacts with personal experience, social upbringing, long-term cultivation and perhaps even emotional trauma from disasters and wars, social change and amendment of laws.

Societies cannot be managed without politics. But political action and struggle can only be based on a position that rejects oppression. In the current Arab state, this requires directing efforts towards promoting and teaching the values we desire for our societies and youths, perhaps first and foremost.