On Democracy and Palestine 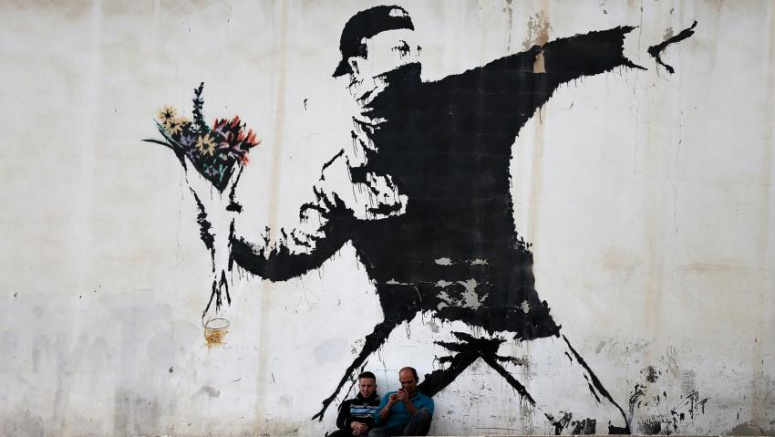 The title above is not another formulation of the slogan "The road to Palestine passes through..." this or that Arab capital, championed in the past by various Arab ideological movements, from Islamists to nationalists and leftists.

Rather, this is a title of what we believe is a crucial link between a democratic discourse and the cause of Palestine in our times.

A long time has passed since Palestine was occupied. But one of the leading causes of the failure to resolve this just cause, even as other peoples managed to free themselves of colonialism, is the overlap with what I termed in my 2007 book "the Arab Question" and "the Jewish Question" in our region and in the West respectively.

Developments would later prove the validity of the notion that this overlap requires a democratic discourse to be at the heart of the struggle for justice in Palestine.

This is not the place to elaborate on this, but we can adduce the impossibility of understanding the failure of the Arab states on Palestine in isolation from the nature of their regimes and the absence of democracy.

In Palestine, several factors underscore the strong link between democracy and the question of Palestine.

Firstly, the delay in resolving the Palestinian cause and the facts created on the ground by the Israeli occupation have paved the away for the emergence of a colonial apartheid regime.

Such a structure can never be tackled without a democratic discourse. In other words, the Palestinian cause is not just one of decolonisation, but also one of a deeply democratic struggle against apartheid.

Secondly, the Palestinian Authority established in the West Bank and Gaza has split into two rival authorities, both governing people yet without enjoying sovereignty on the ground.

In addition to the lack of sovereignty, however, their lack of accountability and oversight has led to severe violations, which adds to the harm inflicted by the occupation on the Palestinian people.

Besides day-to-day issues, the function of the Palestinian Authority in major issues such as the national cause, whether in negotiations or resistance, cannot be honed without some kind of democracy.

Thirdly, Israel continues to claim to be the only democracy in the region. But to the victims of occupation whose cities and villages were razed to the ground, this claim is a lie.

While this is true, it is hard to challenge Israel's claims with this argument alone. What is needed instead is a credible democratic Palestinian discourse that disarms Israel's false one.

Finally, the struggle in Israel proper has become increasingly important.

Yet Arabs in the territories occupied in 1948, i.e. Palestinians with Israeli citizenship, cannot hold their ground nor fight for their rights, without linking them to the Palestinian national cause and without a coherent democratic discourse.

For one thing, there is a threat of identifying with the state of Israel if the Palestinian national dimension is discarded. This rising threat of Israelization in a state which is not a state of its citizens could do away with both democratic discourse and national identity for Palestinian Israelis.

For another, without a democratic discourse, any political movement against national discrimination faces the risk of failure and marginalisation in the current domestic reality of Israel.

To be sure, one cannot demand democracy and equality in Israel while expressing solidarity with authoritarian regimes against their own peoples elsewhere.

At the Arab level, Palestinians in the past could have been able to avoid involvement in events in other Arab nations, or to content themselves with verbal criticism of tyrannical regimes.

When other Arabs were not in rebellion, Palestinians could have had an excuse to remain silent.

Today, however, no patriotic Palestinians could maintain their credibility while ignoring the suffering of their Arab brethren who rebelled against despotism, and the crimes of tyranny against them, which could have well exceeded even those of Israel and Zionism.

It would be arrogant to ask Arabs being tortured or bombarded by their regimes to ignore their suffering and focus on solidarity with Palestine.

Only out of sincere brotherhood against oppression could then a principled and rational alliance emerge against both tyranny and Zionism.

Without that, solidarity would be an empty slogan. The above is the true meaning for having Palestine as the "compass" of the Arabs.

Otherwise, asking oppressed Arabs to ignore their plight under oppression and turn their gazes to Palestine would be tantamount to amplifying the executioner's cry as he proceeds to kill his victim. If the oppressed cannot express solidarity with another people who suffers under oppression, he can at least remain silent.