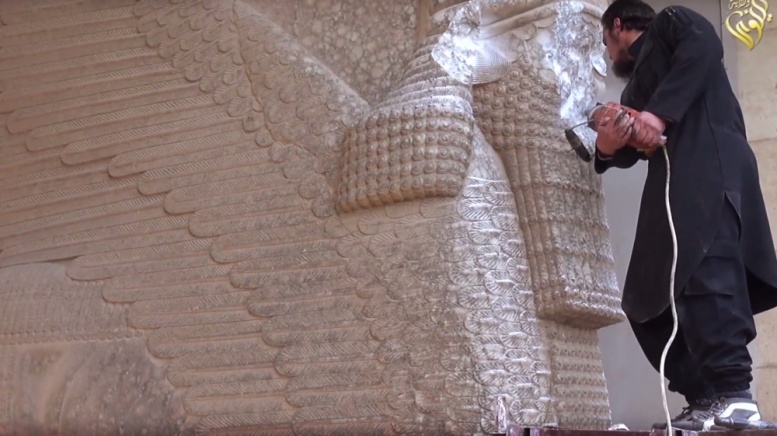 When you denounce a murder, and an angry chorus protests and asks: "What about the killing of this or that person, and what about the bombardment of innocents?" - know then that it would be pointless to recall your positions opposed to bombardment by aggressor or dictatorial states.

You are not going to persuade anyone, because no one will bother to listen.

For one thing, the question itself is just meant to be quarrelsome whataboutery. It usually stems from the animus of those who denounce the killing of one individual but have no qualms about cheering the slaughter of an entire people, or at the very best, remaining silent about it.

Or it comes from zealots for an idea, sect, group, and so on, who have no problem about perpetrating injustice for the sake of that which they support, even if they themselves are victims; for them, what they support is above morality.

There is no room for the mind and for principles in the folds of these bipolarities. What should be done is to help create a new public sphere that would be carried by new generations yet untainted by these bipolarities, and who are willing to struggle against injustice, and strive for freedom and dignity.

This idea came to me as I was forcibly following up the debate between those outraged at the demolition of ancient Iraqi statues at the Museum of Nineveh in Mosul, and those protesting at them for not having denounced the bombardment of this or that city, and the murder of innocents.

What is more important, they asked: People or stones?

It is as if a person has to be either against the bombardment of Aleppo and many other Arab cities at the hands of regimes, or against the destruction of everything that reminds us of the feats of civilisation in that country.

It is as if you have to stand either alongside a tyrannical regime that has indeed built idols to itself, and that has been exterminating a people without even blinking, or stand alongside killers who slaughters innocents with knives - we can't tell if they blink or not, as they usually don thick masks.

Such debates are among the disgraces of the civil war raging between the various barbarians of our nations - barbarians who have been laid bare since some of us decided to take us from destroying the idols of tyranny with the hammers of freedom and democracy, to destroying ancient statutes and structures.

In effect, the obsession with the demolition of statues in the Nineveh museum or elsewhere is not a question of religion. Indeed, these statues no longer have any religious significance. No one holds them sacred, let alone worship them.

In those ancient civilisations, the sacred was not separated from the noble and the aesthetic.

Religion was not a distinct entity from arts and literature, which did not exist as standalone human activities [Note: Perhaps this fixation with demolition may help explain the desire of some "jihadists" to capture Rome. Rome, and Florence, for example, could give those obsessed with demolishing statues years of non-stop fun].

In the present time, these statues only represent human heritage, without any links to religion or ethnicity in the present day. They do not represent our immediate past either, but the ancient past of all humanity.

This is not our direct past, and there is no conflict between us revolving around it. These are the ruins of civilisations that once thrived on the banks of the rivers of this land, and that left their mark on all of humanity.

Those who are demolishing them are not the advocates of a new religion, fighting the old gods and their representations, as Abraham had done. Nor are they the bearers of a new civilisation - quite the contrary, they are opposed to civilisation and civility in general.

Indeed, those who can build statues can build many other things. Those ancient peoples did not only sculpt statues, but built cities, left inscriptions on stones, and cultivated the land - also a form of worship - and lived on their own produce.

Let us all remember here the connection between the word al-Falah, or "success", in the Muslim call to prayer - whose literal meaning is "sowing" - and farming the land and al-’Ibada, "to worship", or in Semitic languages, "to toil".

Those who destroyed statues did not destroy idols, because the statues are no longer that.

Many caliphs and sultans have come and gone and yet they did not destroy them, and coexisted with them and the peoples that cultivated this land. In fact, it is this mixture and interaction that gave rise to the Arab and Islamic civilisation that we hold in high regard.

Those who destroy heritage in this day and age are in reality attacking everything that reminds them of the worthlessness of their own existence, their own weakness, and their intrusion in this land.

They are rootless, and for this reason, they want to uproot these countries, until all those living on the banks of Tigris and the Euphrates become wandering and roving people like them.

Those who have destroyed the statues have also destroyed mosques, claiming they house shrines and idolatrous tombstones. They want to remove everything that stands as a reminder of the people who existed before, and destroy the roots of others in this land, to make all equally rootless.

For this reason as well, they are kidnapping the native people of the land - not because they have a different faith in some cases, but because the victims remind them how alien and fleeting they themselves are in this land.