Bishara'sThoughts are Home and Alive! 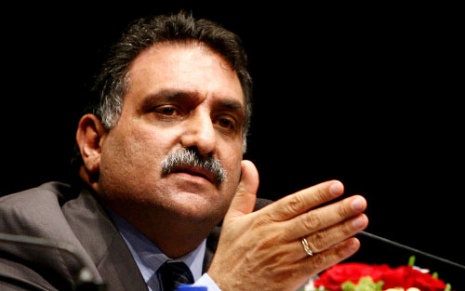 Several years have passed since the enforced exile from home for Dr. Azmi Bishara. It is a difficult time for us, his friends, who miss him being with us and always hope to meet him. He has held many titles, but to us we consider him a national leader who has devoted himself to work and struggle to correct the historic unfairness done to the Palestinian people. From this location and standpoint, Bishara’s thought began, from his people’s suffering to standing by oppressed nations using the universal freedom values in dealing with our identity issues. What distinguishes Bishara the most is probably his continued diligence to form an argumentative connection between thought and reality. This is how we see Bishara from where we stand and from our historical interaction with him as a political leader and thinker. However, the enforced exile has imposed upon him that his direct political work be limited and his intellectual and research role become broader than before, at home.

I met Bishara at the Hebrew University of Jerusalem, which I had enrolled in after two years in prison. I was then living the intense debates between the Palestinian organizations and leftist currents. The first thing that drew my attention was Bishara’s high ability to ask unexpected questions in any case. I remember well his critical analysis of the Palestinian left wing stance back then. He summarized it in a sentence: “The left wing, despite calling for complete freedom, only wants to be an opposition, not to lead the people; they are not capable of being a replacement to Fatah movement. Let us start from here and move on without any delusions.” He said this in the mid-seventies when it was thought that the leftist ideals were becoming quite popular worldwide, including Palestine.

Azmi Bishara’s time at college was characterized by clash and confrontation with the fascist right wing and a heated discussion in the Palestinian student movement. Bishara was not afraid of confrontation and did not evade clashing with the Israeli right wing, which he considered was the “primary provoker”. He also gave it nicknames such as “Supporter of terrorism against Israel”, “Attack center on the state” and “representative of Palestinian National Liberation Movement in college”, which the Israelis and its colleges considered a severe provocation and a call for blood shed.

On the eve of the demonstrations we were organizing against the crimes of the occupation, land confiscation and political prosecution, the advertisement boards in college were full of posters that stated: “Bishara calls on the Arab students to arm themselves with knives and sticks at the demonstration”; “Azmi Bishara to Arab students: Attack, do not be afraid!”; “Bishara calls to hold Palestinian National Liberation flags in college”; “Bishara leads Arab students in chanting against Israel”. On each demonstration, the Jew students from the extreme right movement tried to attack Azmi Bishara; no one was able to get close enough to him without getting hurt by our people.

In one of the demonstrations we organized after Azmi Bishara was taken to the disciplinary court at college, the students of the fascist right movement attacked the Arab students with sticks and chains in the presence of the police and college guards. At the time, Tzachi Hanegbi, Yisrael Katz, and Avigdor Lieberman were the ones who led the group to become later Israeli ministers. Bishara met them later when he became a member of the Knesset and waged a fierce battle against them and the Israeli organization that ended in his enforced exile after they had prosecuted him and an made an attempt on his life.

It was in the political and thought debates at college that the first seeds of Azmi Bishara’s thought were planted. I am certain that he did not find sensible answers to his questions in any of the political currents available. Perhaps what remained the most during that period were the many questions about concepts such as democracy, leftism, nationalism and patriotism, in addition to questions related to issues such as the National Palestinian Movement and its strategy, the Palestinian Arabs and dialectics of thought and reality, among others.

Azmi Bishara was an active partner in founding and leading the Arab Regional Students Union in the countries’ colleges; before that, he was the founder of Arab Secondary Students Union. Even at that early stage in his life, one of Bishara’s distinctive political characteristics surfaced – Bishara was always keen on building foundations, which is unlike what his rivals promoted and hateful people accused him of. He considered them one of the cornerstones of his political thinking. The national identity, under these complex Palestinian Arabs conditions, needed such national establishments to embrace and nurture it for, without such establishments, their identity would be in danger by the Israeli identity. Perhaps one of the most important establishments Bishara established was the National Democratic Alliance party called by some “The One-Man party”, which they expected to disappear from the political arena after Bishara’s absence. They discovered later that the alliance became more powerful and influential.

When Bishara decided to establish the National Democratic Alliance, the idea of a party and its political agenda had sunk in. He was not looking for the casual popularity but rather a true expression of what he believed in and fought for. It is not a coincidence that the alliance’s agenda and political route, as Bishara planned, had the answers to the many questions that had been raised in the student circles during the intense debates between the communist party and Abnaa el-Balad movement. Despite that, Bishara’s political thinking moved beyond the college period to enter into fields of renewal and direct challenge with Zionism and the prevalent political system in Israel.

Bishara strongly objected being under the Israeli left wing, even with those that were opponents to Zionism. He decided to be associated with the Palestinian National Movement and by that moved away from the student movement. He devoted his political work to building the national movement from the inside with the Alliance at its center. He developed a program and followed a methodology at work that the Israeli regime later considered a strategic threat to the Israeli state.

Bishara’s political project held the headline “National Identity Full Citizenship”. This project stressed the association of the Palestinian Arabs with the Arab people and nation and insisted on the Arab national identity and Palestinian national identity as well. Moreover, the active forces in the arena opposed the concept of equality, which they considered was an Israeli integration plan, stressing there is no equality in a state that considers itself a Jewish state for the Jews; true equality is only possible if the state belongs to all its citizens, not just to the Jews. This way, Bishara turned the equality concept from an integration project into an anti-Zionism project that conflicted with it because the “Jewish State” is Zionit.

After introducing his political project and founding the Alliance party, Bishara became one of the most distinguished speakers in the world against Zionism and the “Jewish State”. He was able to raise real question marks on an international level around the concept of “Israeli Democracy” and the legitimacy of the “Jewish State”. If we take into consideration that Bishara carried the Arab of 1948 project on the basis of nationalism and building national foundations, we can understand the reason behind the anger, hatred and vengefulness against Bishara in Israel since the ideas he is promoting and his work pose a “threat to the State”.

In January 2007, Maariv Newspaper published a statement by the head of Israeli Intelligence (Shabak) which said, “What is happening in the Arab community in Israel is a strategic threat to Israel as a state”. Two months later, the Israeli intelligence fabricated a security file against him imprison and get rid of him. The charges against Bishara were connected to Lebanon’s second war in 2006. He was accused of “working as an informant with a foreign agent”, “providing information to the enemy”, and “helping the enemy during war”. The penalty for the latter charge, in particular, is life sentence or even execution. Bishara was also accused of having Hezbollah rockets target Haifa and north of Israel.

Bishara denied the charges against him, but the real object of those charges are more than just the missiles. It was the unmasking of the true nature of the Israeli regime, which has marketed itself as a democratic regime that has legitimacy and global support. Israel considered exposing the actual nature of Israeli democracy, decrying the illegality of the Jewish state system, and stressing that the problem with Israel is not only the occupation of 1967, but also what happened in 1948, as strategic threats to the Jewish state.

Israel also considered the project of dawlat al-muwatinin, or the citizens’ state, as a fatal threat to the Jewish state. Further, any emphasis on national identity or the national rights of the Arab citizens of Israel paves the way for a binational state, and hence the end of the Jewish state.

These were the real charges against Azmi Bishara, for which he was prosecuted and eventually driven to self-exile. Perhaps what provoked Israel is that Bishara was an organic intellectual who did not only write articles and gave lectures. He was a political leader who plowed the country to the south and north, founded a party, and mobilized the youth. His political discourse became dominant amongst the Arab citizens of Israel. He did not settle to the political circumstances and sought to build an effective political force: the National Democratic Assembly (NDA), a party considered to be a central political force amongst Palestinians in Israel.

Several years have passed, yet we do not need to remind ourselves of what Bishara wrote, for it is a reality that we experience daily. His ideas are alive and well in the minds and consciousness of people, and they still have a great impact on their political activity. It may be true that Bishara has been exiled, but no one can exile his ideas.

Dr. Jamal Zahalka is a member of the Knesset representing the Balad party. He is a Balad party leader.