Truth, Power and the Rehabilitation of The Facts 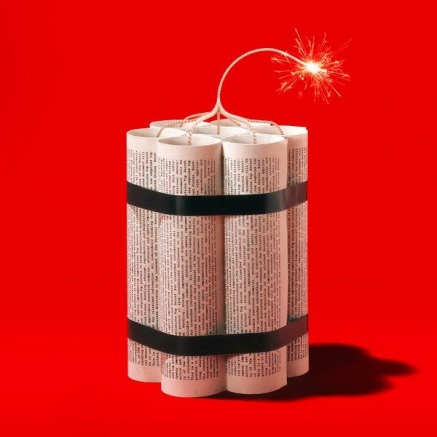 This paper is an attempt to analyze the age-old phenomenon of leaks - the deliberate disclosure of secret information - and its relationship with the principle of transparency in a democracy. Secrets might be deliberately leaked by the political establishment, which works to reproduce a negative dialectic in the public's handling of politics. Leaks can also take the form of public scandals that the press exposes as part of its function and as the product of the balance between the media and political establishments. Thirdly, there are what we might term denunciatory leaks, which are performed by a dissident or an actor from outside the establishment, and are generally motivated by reasons that have no bearing on the relations connected with the reproduction of the political and media establishments.

This paper situates the open source at the intersection between this latter legacy and the modern internet media, and it seeks to explain its impact on the principles of transparency and secrecy, and on the phenomenon of leaks, itself. In the process, it will examine the behavior of the political and media establishments towards leaks, with particular attention to their fluctuating attitudes toward transparency as determined by considerations related to the friend-versus-foe dichotomy, and their negative attitude toward leaks by dissident and non-establishment sources at home or overseas. This study also touches on excessive contrived or artificial transparency, which is another facet of the ruling establishment's monopoly on the truth based on the notion of factual relativity, and functions accordingly by pumping out large quantities of information in which truths and falsehoods are morally leveled.

It is the position of this paper that, theoretically at least, the open source and submission of leaked information to the tools of rational analysis can play an enlightening role by rehabilitating both reason (in the sense of intellect) and fact.