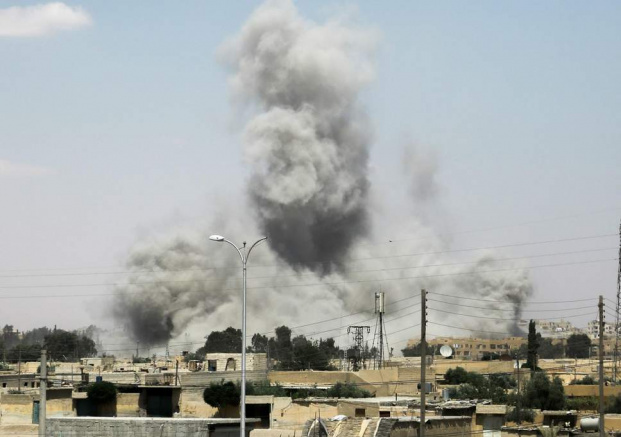 Examining Russia’s recent military campaign through the prism of world powers competing with each other in Syria and the wider region is futile. Those who speak on behalf of the conflicting sides consider any foreign intervention that is to their advantage as an act of solidarity, and that which benefits the other side as imperialist intervention. The intention here, rather, is to explore the intervention from the perspective of Russia’s own motivations. Sadly, it is not the powers in the Arab world at present that decide who will intervene militarily in our region, they might be able to call for or condemn the intervention, but they do not get to decide.

What has become very clear in Syria is that the states allied with the respective parties there are not differentiated from each other on the basis of their morality. States are supporting one side over the other for reasons entirely disconnected from the Syrian people’s cause. Hence the burden of the justice of the cause falls exclusively upon those struggling in Syria, and it is they who will have to answer to history in the future.

To continue reading this Research Paper as a PDF, please click here. This paper was printed in the 17th Edition of Siyasat Arabia (Nov. 2015).