The Army and Political Power in the Arab Context: Theoretical Problems 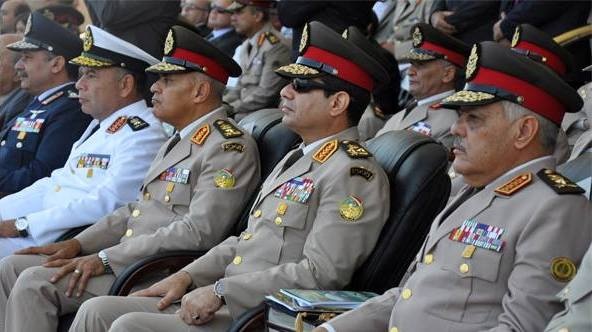 It is difficult, if not impossible, to make generalizations across time and space about army and politics, that is, outside a specific historical context encompassing local history, culture, social structure, and other determinants. This study is an attempt to define the subject, followed by an analysis of aspects of direct intervention by Arab armies in political power, and an elucidation of some theoretical problems.

This attempt aims to critique – critique here being a synonym for theory. Criticism is not based on what ought to be, but on what exists in the relationship between army and politics, not by describing it as wrong, or a symptom of the Arab affliction, but as the product of historical conditions, social and economic structures, and culture. Analysis of the phenomena means starting with their historicity, their theoretical reproduction, and the refutation of myths and preconceived ideas. These are the components of the critique intended in this study. Equally important is the critical step of drawing out the tension between the results of the analysis and the need of democratization for Arabs, which is our current preoccupation.

For the sake of clarity, I would like to begin with some definitions to demarcate the subject, even if in theory:

1. By army, here, I mean the modern national army, that is armed forces organized into divisions, corps, battalions, regiments, or other formations, trained to obey orders in a hierarchy with a clear chain of command from the private to the high command, and which exists to defend the state, and may also intervene to preserve its internal stability. By this I am not referring to irregular armed forces in the service of a belief, class, issue, or party. Equally, I do not intend the cohorts of knights who answer the call to military service, along with their soldiers, and join a military campaign at the request of the king or emperor, and usually administer a feudal estate or collect taxes for the sultan, though this arrangement was termed an army in the past. In this study, the term refers to the regular army of the state. In our times, this is usually associated with a reserve army, and if during wars or in emergencies it is reinforced by the draft or other means, its core essentially remains the permanent regular forces made up of professional officers and soldiers subject to the command.

The first regular army in history may have been the Ottoman Janissaries. And it is no coincidence that it was built up out of prisoners and youngsters kidnapped from their families (in the European parts of the Empire), who were actually brought to special camps where they were given physical, military, and religious training, and educated in loyalty to the sultan. Some were trained to work in the sultan’s administration and other facilities. From the perspective of our subject, these methods were necessary to overcome the communal relations, loyalties, and group identities that separated individuals (subjects) from rulers, by building direct allegiance to the sultan. The modern state had yet to come into existence, with an army coalescing around allegiance to the nation. The only way to produce this direct allegiance at that time was by personal subservience to the sultan, that is the sultan’s ownership of them. They were in fact a new form of mamelukes, organized into a regular army under the sultan. If we look at their training and shared life in the first centuries of the sultanate, we see something close to Plato’s “guardians of the city” in his Republic.

Subsequently, during the phases of the sultanate’s decline, the sultan’s ownership of the Janissaries turned into the Janissaries’ ownership of the sultan. Tracing this process in Ottoman history requires a study of its own, that intersects directly with the subject of this study, the army and politics. Notwithstanding, the roots of the army’s—as an organized professional force—intervention in politics strike deep into Ottoman history. Since the sultanate created a professional army linked to the sultan, this can be viewed as the first organized and trained professional army in Europe. But as soon as there were signs of economic and political crisis, and once the Janissaries had taken root in Ottoman urban life, this army became a burden on the Sublime Porte and another constraint on its power, since it stirred up the grumblings of the population during crises; led, or participated in protest movements in the capital; and intervened directly to oust grand viziers, and kill or depose sultans. This culminated in the first decade of the nineteenth century with the Janissaries’ rejection of the process of their own modernization or even the formation of a modern army in addition to themselves. During the Janissaries’ rejection of modernization and reform two sultans were deposed, one of whom was killed.

To read the full version of this paper, including a full abstract, table of contents and list of references, please click here.