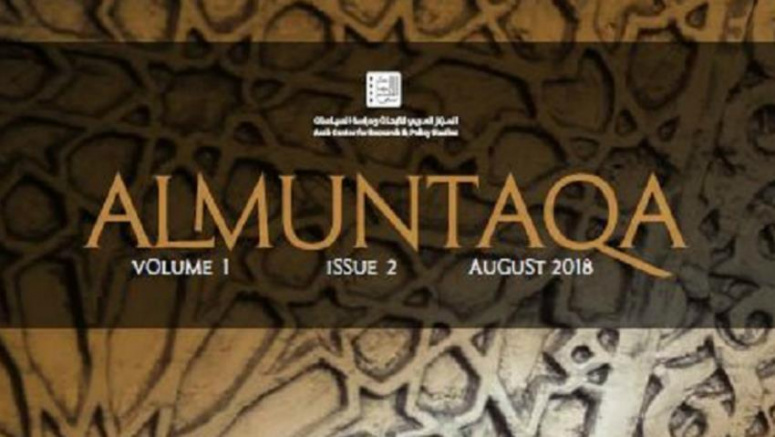 A Doha-based research centre has released the second issue of a new academic journal series concerned with social science studies relevant to the Middle East.

The Arab Center for Research and Policy Studies (ACRPS) published the second volume of its al-Muntaqa journal as part of its broader aim to give a fresh platform to academics and researchers from the region.

In "The Constant and the Variable in the Attitude of Moroccan Islamists Regarding the Civil State", the first piece from al-Muntaqa sees Moroccan researcher Hisham Khabbash plot developments in the views of Morocco's primary Islamist parties, including the Justice and Development Party, toward the notion a modern secular state.

Duha Samir from Cairo University follows with his article "The Muslim Brotherhood: The Politics of the Generational Gap in the Post-Revolution Period".

This proceeds to evaluate generational differences between members of Egypt's outlawed Muslim Brotherhood through collations of varied sources related to current and former members of the party, including biographies, Facebook groups and interviews.

The third article in the journal, penned by ACRPS' founder Azmi Bishara, focuses on sectarianism and confessionalism in the region.

Entitled "Ta'ifah, Sect and Sectarianism: From The Etymology of the Term and its Variable Implications to an Analytical Sociological Term", Bishara analyses religious affiliations, identity and imagined communities.

Hayat Amamu turns toward historiography in the journal's concluding article, entitled "The Nature of Early Islamic Sources and the Debate Over their Historical Significance."

Amamu focuses especially on the varied methodological approaches adopted by historians in their use and approach to early Islamic texts.

The latest issue of al-Muntaqa proceeds in its final segment to provide two critical book discussions and a monograph review. Included here is an examination of Azmi Bishara's "Syria's Via Dolorosa to Freedom: An Attempt at Contemporary History".

The ACRPS was founded in 2010 and has an executive board made up of Arab academics and scholars.

The centre itself has gained increasing renown in recent years for its research on issues concerning the Arab world.

While scholarly efforts are predominantly carried out in in the Arabic language, the centre publishes in both Arabic and English.

Since its inception it has overseen the publication of numerous academic titles and contributes to the maintenance of a robust network of Arab researchers.