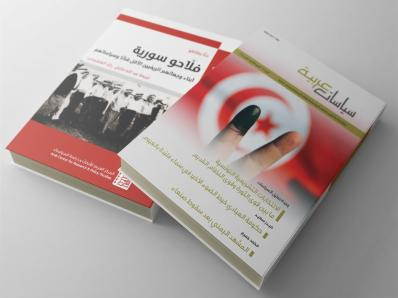 Published by the ACRPS during November of 2014 is an Arabic translation of Syria’s Peasantry, by Palestinian-American historian and author of a seminal work on the history of Iraq's social classes Hanna Batatu, at a time when the political outlook of Syria’s agrarian class is of paramount importance. Published during the same month is the eleventh issue of the bi-monthly Siyasat Arabia, providing a broader survey of the topical issues facing the broader Arab region.

The ACRPS has recently published an Arabic edition of the book by late historian and distinguished Palestinian-American scholar Hanna Batatu (1926-2000): Syria's Peasantry, the Descendants of Its Lesser Rural Notables, and Their Politics.

First published in English in 1999 by Princeton University Press, this authoritative book provides a critical contribution to understanding the nature of political authority in Syria through an analysis of the historical, social, economic and political roots of Syria’s peasantry, highlighting their doctrinal and confessional dimensions. Batatu’s thorough and detailed canvas of the nature, structure and policies of the Syrian regime remains unequaled among studies of the history of modern Syria, and of the Assad regime in particular.

The book (704 pp.) first opens with a section on “The Peasants’ Socio-Economic Conditions”, in which he presents the social differences among Syrian peasants according to their religious belief, property ownership, historical background, attachment to land, willingness to take up arms, and other distinguishing features shaping their awareness and political leanings. In the second section, Batatu discusses “Pre-Baath Patterns of Peasant Consciousness, Organization, and Political Behavior”, a period characterized by early forms of artisanal organization, dominant Sufi-mystical and confessional ideation, rebellions and mutinies against Ottoman rule during the French Mandate, followed by forms of modern awareness and organization. He then follows with a third section on “The Rural and Peasant Aspects of Baathism”, where he investigates the rural origins of those who joined the Baath Party, many of whom later became its leadership. Perceiving the deep shifts of the party over time, Batatu divides the experience of the Baath Party into three distinct phases: the first, from the beginnings until their coming to power in 1963; the second, a transition from the movement of February 23, 1966 to the seizure of power by Hafez al-Assad on November 16, 1970; and the third, marked by the reign of Hafez al-Assad. The bulk of the book however is found in section four entitled “Hafez al-Assad, or Syria’s First Ruler of Peasant Extraction”, in which he skillfully charts the building of regime over a period of stages and crises, the political and military personalities and agencies that constituted the pillars of the regime, and the policies that it pursued –  paying particular attention to the sectarian, tribal and regionalist structure of the regime and highlighting the differing levels of authority and the regime’s public policy.

Overall, this book constitutes an indispensable work in understanding the workings of the Syrian regime under Hafez al-Assad, with abundant references and sources that the author tapped into in order to help clarify the extraordinary nature and structure of the Syrian regime. In his writing, Batatu persevered with his distinguished approach to research that characterized his work on Iraq, for which he was so highly and deservedly reputed in the academic community. The book follows a similar methodology to that of his first book, The Old Social Classes and the Revolutionary Movements of Iraq. Batatu would personally meet with the people who witnessed, or were affected by, the events that he covered, carefully collecting their testimonies. He would then cross reference accounts of incidents to form the most detailed picture possible of a complex reality.

The eleventh edition of Siyasat Arabia (November, 2014), an ACRPS bi-monthly journal devoted to international affairs, public policy and strategic studies, was released at a time of very significant developments for a number of Arab Spring countries. The articles in this edition include:

Abdullatif al Hanashi’s “Tunisia’s Legislative Elections: Specificities, Results and their Meaning”; “Yemen After the Fall of Sanaa”, by Mohammed Jumaih; “Insiders and Outsiders in the New Libya” by Alison Pargeter; “Algeria’s 2014 Presidential Elections and the Difficulties of the Transitional Phase”, by Naji Abdelnour; “The Welfare State in Egypt, 1995-2005”, by Ahmad Ezzedine Mohammed; “Morocco’s Sixth Parliamentary Experience: An Analysis”, by Mohammed Saleh al Kirawai; “Turkey and the Question of Military Intervention”, by Emad Y. Kaddorah; “The Abbadi Government: a Single Silver Lining in a Cloudy Sky”, by Haidar Said; “The Tunisian Parliamentary Elections: a Vote between Revolutionary Forces and the Old Regime”, by the ACRPS’ Policy Analysis Unit; and “The Military Campaign against the Islamic State in Iraq and the Levant: Arab Public Opinion”, by the ACRPS’ Arab Opinion Unit.

Books reviewed in this edition included Saleh al Jabboury’s The Palestine Crisis, by Abdulwahhab al Qassab; Mahmoud Muharreb’s review of Military Intelligence Comes to Light; Hamzeh Mustafa’s review of The Kurds, Language and Politics by Akil Mahfoud; and Khaled Walid Mahmoud’s review of M’hammed Djabroun’s The Concept of the Islamic State: the Crisis of Foundations and the Inevitably of Modernity.

This edition of Siyasat Arabia highlights the most important transformations toward democratic transition unfolding in the Arab world, as well as developments in Palestine throughout September and October 2014.