ACRPS CONFERENCE PROVIDES A VENUE FOR FRANK, ROBUST ACADEMIC DISCUSSION ON THE GCC 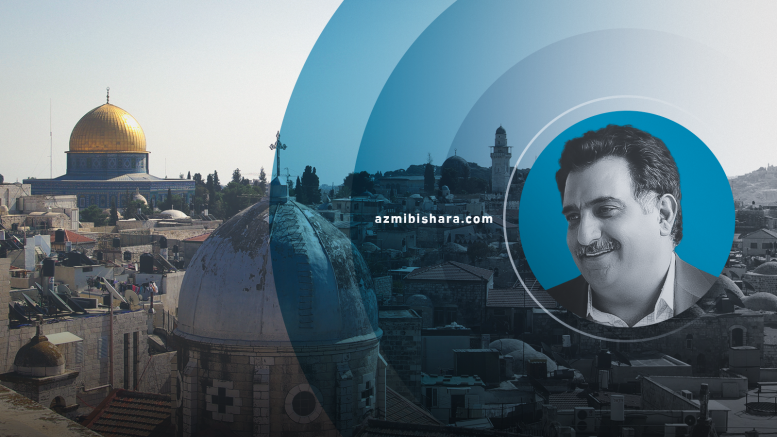 An ACRPS conference on the future prospects for the Gulf Cooperation Council provided a venue for remarkably frank, forthright deliberations by a number of Gulf scholars, many of them citizens of the GCC countries. The Third Annual Conference of Arab Research Centers, which this year was titled “The GCC Countries: Politics and Economics in Light of the Regional and International Shifts and Changes” opened on Saturday, December 06, 2014 in Doha, Qatar, with an early morning panel of scholars and policy-makers and culminated with an official opening ceremony in the early evening that was attended by Qatari dignitaries, including His Highness Sheikh Abdullah Bin Hamad Al Thani, Deputy Emir of Qatar; Sheikh Abdullah Bin Nasser Al Thani, Prime Minister of Qatar; and His Excellency Abdul Rahman Bin Hamad Al Attiyah, a leading Qatari statesman and former Secretary General of the Gulf Cooperation Council.

Following introductory remarks by ACRPS Researcher and head of the Policy Analysis Unit, Dr. Marwan Kabalan, the first speaker to address the meeting was former Bahraini minister of state Ali Fakhro. Fakhro set the tone for discussions throughout the rest of the day, both with his willingness to tackle questions head-on and with his focus on the “demographic challenges” facing countries of the GCC. Fakhro used data to illustrate the remarkable tidal changes sweeping over the populations of the Gulf states: during the 1970s, according to Fakhro, migrants from non-Gulf Arab countries accounted for 72% of the expatriate population of what would become the GCC. Today, in contrast, that figure stands at only 32%. Fakhro described the demographic shifts that took place as representative of an existential threat facing the region: “the very existence of Arab populations in the Gulf” was under threat, he said. The Bahraini statesman also pointed a finger of blame squarely at what he called the laissez-affairs economic policies of the leadership of the Gulf countries, which he claimed treated their own countries “like labor camps …private enterprises” instead of as nation-states. The end result was that a minority of the populations of the Gulf states were native Arabic speakers. One remedy which the former Bahraini minister promulgated from the panel was to proportionately increase reliance on migrants from  Arab countries, some of whom, he said, should eventually become naturalized citizens. This same point would later lead to heated discussions from the floor during the question and answer session, with some questioning the relationship between “ethnicity” and the ability of Gulf states to absorb, integrate and naturalize migrants from outside of the Gulf.

Two speakers from the same panel used their own academic approaches to echo Fakhro’s point about the correlation between the economic and historical realities and how these had impacted the region’s sense of identity. Amal Abdullah Al Attiyah, a Qatari psychologist at Qatar University, provided a definition of cultural estrangement rooted in her own academic discipline and illustrated this to the audience through examples of how a sense of estrangement on the part of Gulf citizens in their own countries—as a result of the demographic changes affecting their countries—has created a negative self-image and a lack of self confidence amongst GCC nationals.

In a similar vein, Fatima Al Sayegh, an Emirati historian from United Arab Emirates University, described how these issues were rooted in the colonial near-past of the Gulf region. According to Al Sayegh, political domination by the British during the 1950s led to unbridled and unregulated migration from the Indian subcontinent to the area then known as the “Trucial States” and which would later become the United Arab Emirates. This British policy, she said, has had a particular and long-lasting impact on the emirates of Dubai and Sharjah, territories which to the contemporary visitor seem to be completely devoid of any Arab character. Looking forward, Al Sayegh pointed out how the expensive policies which the governments of the Gulf created in order to adapt to these increased populations—such as very generous social welfare programs—will now themselves become a source of friction: the prospect of declining world prices for oil and hydrocarbons held out the prospect of a re-drafting of the Gulf countries’ social contracts.

Emirati scholar, human rights activist and writer Nasser Bin Ghaith, who spoke in the following session, elaborated on the difficulties created by the over-reliance of Gulf economies on natural resources. The inherent instability of world oil prices, he said, had made it impossible for Gulf states to formulate viable long-term strategies and plan for the future. Bin Ghaith suggested that only a revision of social welfare policies by GCC governments, such as partial lifting of consumer subsidies, could be used to remedy these difficulties, but remarked that the capacity of Gulf governments to deal with the repercussions of these changes remained untested.

Participants in the first day’s sessions also addressed the mechanisms for the workings of the Gulf Cooperation Council and its raison d’etre. Ashraf Osman, a Sudanese scholar who spoke during the first session alongside Al Sayegh, Al Attiyah and Fakhro, approached the question through the prism of sectarian relations, suggesting that a major driving force for the foreign policies of Saudi Arabia, and for the GCC alongside it, was the Saudi desire to present the Kingdom as a Sunni bulwark in the face of Iran, and which mirrored Iran’s religious influence over Shia Muslims across the world’s Sunni Muslim communities. Indeed, the historical roots of the Gulf Cooperation Council as a coalition to challenge Iranian hegemony over the Gulf was a theme often revisited throughout the first day. A further speaker who picked up on this issue was ACRPS researcher Suhaim Al Thani. Using a commonly cited benchmark for comparison, Al-Thani suggested that the GCC had in fact outpaced the European Union when it came to internal challenges: the ability of the Saudi-led efforts to confront recent protests in Bahrain was, he said, evidence of that. The capability of the alliance to form and maintain a fully integrated common market and a monetary union, however, remained to be proven, he said.

“The GCC Countries: Politics and Economics in Light of the Regional and International Shifts and Changes” will continue over Sunday and Monday, December 7-8, 2014, at the Ritz-Carlton Hotel in Doha, Qatar, with a special guest lecture by noted academic Immanuel Wallerstein on Sunday. The formal opening ceremony included addresses by both Abdulrahman Bin Hamad Al Attiyah and Jamal Benomar, Special Adviser of the UN Secretary-General to Yemen, followed by a roundtable discussion with academics from Bahrain, Oman, the United Arab