Recently published by the Arab Center for Research and Policy studies, Azmi Bishara’s newest book: What is Salafism? (255 p.p.) presents an in-depth examination of the concept of Salafism and the historical context of the term. The four-part book distances itself from other works that simplify the meaning or repeatedly use words that do not add anything to the original meaning. Rather, Bishara presents a historical, academic and critical study of Salafism, not only as a concept with a partial meaning, but as a historical term with an origin, which has been subject to transformations or adjustments in its meaning and connotations. Thus the concept of Salafism did not remain one, but became multiple, such as the reformist Salafism, Proselytizing Salafism, Scientific Salafism and Jihadist Salafism.

Bishara digs into the history of Islam, establishing a portal through which the relationship between Salafism and Wahhabism can be understood, describing Wahhabism as one of the more recent  manifestations of Salafism.  He illustrates the problematic relationship between the Salafism of Ahl al-Athar  (supporters of narration), and the Salafism of Ibn Taymiyyah, ending up at modern day Wahhabism, which attempts to root itself in the Salafi past, merging between Hanbalism and Salafism. He also conducts an analysis of modern reformist Salafism and its problematic relationship to modernity and assimilation with scientific and civilizational progress, and the combination of national and contemporary modernization appeals such as the reformist Salafism of Allal al-Fassi, Mohammed Abdo and Rashid Reza.

The author notes that Wahhabism prevailed in the Arabian Peninsula because of its Najdi context and its tribal alliance with the Saud family. This meant that the leadership of the Da’wah (proselytizing), Muhammad ibn Abd al-Wahhab, was separated from the leadership of the country and worshipers, Muhammad ibn Saud, in contrast with the first phase of Islam when the Prophet led Da’wah while serving as the imam at the same time. Bishara also noted that Wahhabism had a long and radical history of colliding with popular religiosity and imposing new patterns of religiosity on the people, which led the public belief that they had conquered through might.

The author does not agree with the comparison between Wahhabism and Protestantism despite some similarities between Martin Luther and Muhammad ibn Abd al-Wahhab. They are especially similar in the speed with which they declared heresy (takfir) and the cruelty with which they impose their interpretation of religion on the public, and then the rebellion against the official church, paralleled in the revolt on the Ottoman establishment. Bishara believes that Wahhabism started originally a small trend with a puritanical orientation which did not go further than the Arabian Peninsula except for border tribes in the seasons of Bedouin invasions on the Levant and Iraq. But Wahhabism became a proselytizing and missionary movement due to the institutionalization of the relationship between proselytization and power and the emergence of the rentier state and society built on the revenues of the Saudi oil wealth. This was in the context of the conflict between the Egyptian and Saudi axes in the 1960s, and the Western colonial exploitation of Wahhabism in the fight against the radical Arab movement led by Gamal Abdel Nasser and against the left and communism in the name of Islam.

The author makes an important comparison between the first wave of Wahhabism and the contemporary jihadist Salafism. He invokes the scenes of the Wahhabi sack of Karbala on Ghadir Khum 22 April 1802 and slaughtered all those who stood in their way — men, women and children, and looted the city, including the holy shrine. This is in addition to the entry of Saud bin Abdulaziz Al Saud to Mecca on 25 December 1802 and his execution of the city's judge Munib Effendi as well as the demolition of Turkish domes and shrines. This book represents an important theoretical and analytical contribution to the critical historical understanding of all aspects of Salafism, characterized by deconstruction of common concepts and simplifying them for the reader, challenging them, opening new horizon of knowledge. 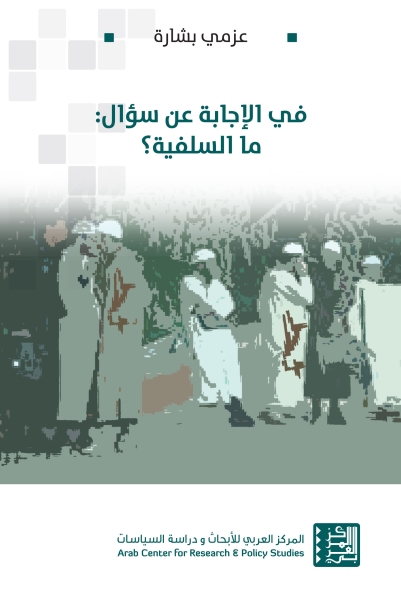