Based on empirical and theoretical investigation, and original insight into how a local protest movement developed into a revolution that changed a regime, this book shows us how we can understand political revolutions. Azmi Bishara critically explores the gradual democratic reform and peaceful transfer of power in the context of Tunisia. He grapples with the specific make-up of Tunisia as a modern state and its republican political heritage and investigates how this determined the development and survival of the revolution and the democratic transition in its aftermath.

For Bishara, the political culture and attitudes of the elites and their readiness to compromise, in addition to an army without political ambitions, were aspects that proved crucial for the relative success of the Tunisian experience. But he distinguishes between protest movements and mass movements that aim at regime change and discerns the social and political conditions required for the transition from the former to the latter. Bishara shows that the specific factors that correspond to mass movements and regime change are relative deprivation, awareness of injustice, dignity and indignation. He concludes, based on meticulous documentation of the events in Tunisia and theoretical investigation, that while revolutions are unpredictable with no single theory able to explain them, all revolutions across different historical and conceptual contexts be seen as popular uprisings that aim at regime change.

The book is the first of a trilogy, the Understanding Revolutions series by Bishara, seeking to provide a rich, comprehensive and lucid assessment of the revolutions in three states: Tunisia, Syria, and Egypt. 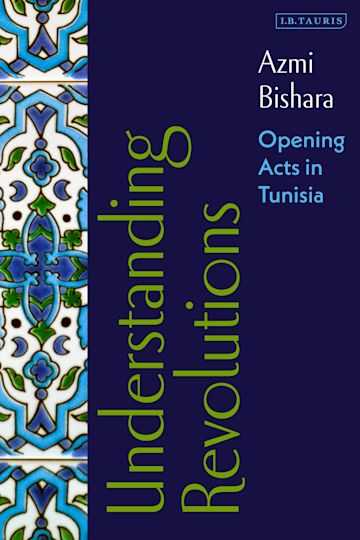