Is There a ‘Coptic question’ in Egypt?

This booklet examines contemporary Egyptian history in order to address an increasingly crucial issue: is there such a thing as a "Coptic question" in Egypt today? The subject is analyzed in light of persistent feelings of marginalization among a significant section of Egyptian Copts, of the promises of the Egyptian Revolution that erupted on January 25, 2011, and of the hopes to which many Egyptians aspire, especially the re-casting of the relationship between Muslims and Copts in the context of a shared national identity. The author discusses the history of Egyptian Copts since the era of Mohammad Ali, including the evolution of their economic and social conditions. Dr. Bishara also sheds light on legal frameworks and the Copts' personal status issues, as well as their relationship with Salafis given the extremist Salafist discourse that emerged during the events of the Egyptian Revolution, especially regarding fatwas of expiation (takfir). The study reaches the conclusion that Egypt does indeed have a Coptic question, and that this issue must be addressed regardless of the pervasive opinion that the matter stems from a foreign conspiracy and/or clerical isolationism exacerbated by the May 2011 burning of a church in the village of Sul. In any event, the study argues that the key to dealing with this issue is equal citizenship, and that democracy is the appropriate context for this approach. 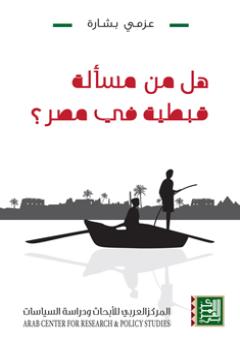