Published by the Arab Center for Research and Policy Studies in April 2018, Sect, Sectarianism and Imagined Sects is the latest book by public intellectual Azmi Bishara. The book both develops a theory on sects and sectarianism, and undertakes a sociological-historical study on the emergence of sects. It comes in conjunction with Bishara's two previous publications on the relationship of historical religious phenomena and secularism: Religion and Secularism in Historical Context. In the book, Bishara tackles the transformation of social sectarianism into political sectarianism, based on a theoretical framework that intersects with social theories, socio-historical analysis, and the comparison of Arab and international models. The book is distinguished by its development of the concept of sectarianism based on new definitions of "sect" and "sectarianism" and its development of the concept of "imagined sects," through the study of these phenomena and their development within the historical Arabic-Islamic context, distinct from other concepts used to study the evolution of religious groups in the Western context.

On the Sect as an Imagined Community

Focusing on the Arab region, Bishara charts, in the first chapter of the book, the growth of "political sectarianism" in the Arab context. He contends that sectarianism is not a product of the "sect" (taifa). On the contrary, sectarianism resurrects the "sect" in the collective consciousness and reproduces it as an imagined community under modern political and historical conditions. Bishara asserts that the failure of the modern nation-state in the Arab region to integrate groups on the basis of citizenship in a conflictual regional context, ultimately led to the use of sectarian identities in the struggle for power over the state. This struggle evolved over time to become a struggle to narrate the state's history, in a reductive "us-versus-them" dynamic.

The second chapter follows the linguistic, sociological, and historical development of the relatively recent term "sectarianism," distinguishing the modern usage of this term from other historical phenomena such as madhabiya (belonging to a school of Sharia) and firaqiya (religious schisms or Islamic divisions). He explores other concepts related to the modern sect such as identity, belonging, diversity and taasub (zealotry). Through this comparative approach, the author demonstrates how sectarianism is a modern term while sect is an old term carrying different meanings to its contemporary usage. He also contrasts the evolution of the phenomenon and the term in contemporary Arab thought and their emergence in Western sociology. For Bishara, the religious sect is characterized by the way in which it allows its members to distinguish themselves and identify others through their belonging to a certain 'aqida(doctrine) or madhab (school of sharia). Consequently, belonging to the sect is ascribed social and political significance. For religious and religiously diverse societies, this dynamic has transformed sects into socio-political entities with a role in the public sphere.

The third chapter explores the historical roots and antecedents of "sectarianization" and "confessionalization" which took place throughout the fourth and fifth centuries AH (roughly between the 10th and 11th Centuries CE). This process, argues Bishara, foreshadowed the Sunni-Shia divide which exists today; specifically, the ability of clerics to "export" their obscure, doctrinal disputes to the wider public in medieval Baghdad, in which these disputes would then produce local sects. The wider Muslim "confessionalization" had to wait until the rule of the Mamelukes (following the Crusades) in the Arab East and the rise of the Safavids in Iran, who established Twelver Shiism as the state religion. By the sixteenth century, a conflict between the Ottoman and Safavid states accelerated the institutionalization of Ottoman jurisprudence founded on the Hanafi madhab.  The Ottomans undertook this process in a similar fashion to the early Safavid Shahs' institutionalization of a Shia Imamate. These two institutions became integrated with the needs of the army, the judiciary and the Islamic legislative apparatus (the Iftā) to oversee a wide range of social control functions, ideological formation, and socialization. In both cases, Bishara explores the relationship of this "top-down" confessionalization of the public and consequently the growth of both confessions and the religious sects.

The Sect vs Sectarianism

The fourth chapter explores the differences between group belonging in the modern and medieval eras. According to Bishara, group membership in the medieval era meant belonging to a community which was materially productive, self-governing, and kept interactions with outsiders to a bare minimum. This served to heighten a sense of community created by shared rituals and the observance of feasts and celebrations. In contrast, religiously based identities have diminished in importance within the modern world: far more significant to an individual are the markers of profession, social status, nationality and ethnicity, alongside political ideology. Bishara concludes that the members of a sect in the modern sense are tied together sentimentally based on belonging to an imagined group - which could not exist unless group membership in the medieval sense had disappeared.

The fifth chapter moves on to the historical circumstances that led to the splintering of the early Islamic groups (firaq), pointing out that the earliest divisions were a question of purely doctrinal, theological differences and did not give rise to the formation of communities. By the time histories of the early Muslim communities were being written in the fourth and fifth centuries AH (10thand 11th CE), however, the chroniclers had projected their own contemporary conflicts onto narratives of the earliest group of believers in Islam, turning their struggle for the Imamate into a doctrinal dispute embodied in historical texts. Today, the same pattern continues to color the historiography of the Arab Middle East, with writers continuing to reinterpret historical events through the lens of the present. This is the focus of the sixth chapter, where the author discusses the exploitation of sectarianism in the modern era, particularly in the dialectic elements of reform and modernization: tensions between metropoles, peripheries, and traditional structures; the increasing role of the masses in the public space; and foreign intervention. These phenomena are examined in the context of several regions during the mid-nineteenth century, especially in Mount Lebanon and Damascus.

Chapter 7 offers a critique of the attempt by many scholars to make use of Ibn Khaldun's concept of asabiya, in the sense of group solidarity, to explain the relationship between sectarianism (taifiya) and modern states. Crucially, Bishara argues that the modern state is not based on asabiya, because it claims to serve all of citizens. Rather, the modern state creates its own asabiya, not the other way around. A successful nation-state must create its own asabiya—in the Khaldunian sense—and not be subject to the group solidarities of its constituent parts. In the following chapter, Bishara examines the examples of Iran and Saudi Arabia, to show how some modern states in the Middle East have been able to draw upon sectarianism to help create a "local" national identities among their citizens. Such attempts sometimes backfired on these states, when both secular and religious opposition forces used them against the political elites, only to be included in sharing the state's resources, often seen as booty. Colonial intervention also perpetuated the idea that the Arab state was made up of numerous sects, tribes, or other identity groups, exploiting the local policies to impose sectarian constitutions, as in the case of Iraq.

Chapter 9 refutes the supposition that sectarianism is an integral feature and eternal in Arab societies. The author explains that in the pre-modern era when popular involvement in public affairs was severely constrained, the rulers of states saw no utility in politicizing the public, or politically mobilizing different confessional groups. Thus, sectarian political identities did not emerge. Here, he alludes to the role played by the early pioneers of Arab nationalist thought in combating sectarianism, acknowledging that their efforts fell short of agreeing on a set of principles to guide power sharing. Chapter 10 turns to the relationship between sectarianism and secularism, arguing that a "distorted" secularization of human endeavors and fields of knowledge led to the decline of "traditional" religions, but also resulted in creating another form of sub-confessions, or even sectarianism. This was the case especially in countries where the governments failed to create a state based on the equality of all citizens, which was therefore partly responsible for strengthening later-day sectarian identities.

Chapter 11 traces the transition of the taifa from a collective of individuals tied together by religious faith, into an "imagined sect," and then from a social sect to a political sect. Bishara stresses the centrality of building collective memory and written history and employing a historical narrative in the process of constructing this consciousness.  This allows the birth of an imagined group that overpowers individual faith choice, and vies with belonging to a wider national group. In the advanced stage the sect becomes an advanced socio-ideological group locked in a rivalry with citizenship and the modern state. This applies, according to Bishara, to a number of contemporary cases in the Arab region, including both political Shiism and the Islamic State of Iraq and the Levant.

In the following chapter Bishara describes how sectarianism transforms from a form of public participation, into an obstacle to widespread public participation in politics. The author argues that pluralistic political systems are not based on religious affiliation, and that national, ethnic, or regional identities are better vehicles for statehood. This, he believes, is the case because these structures and institutions were built on the replacement of religious association with the idea of a political entity based on a nation or nation-building through citizenship.

Chapter 13 is devoted to a discussion of majority-minority relations and their relation to concepts of tolerance and victimhood. One of the most distinctive features of sectarianism, the author argues, is the widespread belief among all sects that their community is victimized—even among the state's ruling sect. Maintaining sectarian identities means that all sectarian groups retain their share of tragic events to commemorate and martyrs whose portraits adorn walls. Everyone in a sectarian society is a victim, according to Bishara, because sects are, by very definition, victims. In the same chapter, he explores the interactions between majority and minority sects in pluralist societies and their relation to the birth of modern states. He also looks at the confusion between democratic minorities and majorities, and the concept of tolerance, which can sometimes conflict with pluralism and majoritarian democracy.

Bishara turns in the final two chapters to studying contemporary examples of states which manage to contain sectarian pluralism among their populations with regard to the ruling regime and the constitution. Specifically, he studies the development of the 'Consociational Democracy' concept, and critically analyzes its suitability as a solution to sectarian conflict in the cases of Northern Ireland and Lebanon, where sectarianism informed the compacts that defined social relations. Bishara contends that while consociational power-sharing arrangements may claim to avoid direct conflict between various groups, they also often pave the way for the disintegration of the state. The book argues that the idea of a consociational democracy is simply untenable as democratic, and that democracy can only ever be based on total equality of individual citizens. He concludes that without this equality, consociational democracy does not merit the name "democracy." The final chapter gives an in-depth exposition on the case of Iraq, in which Bishara refutes the assertion (once used to justify the 2003 invasion) that the Iraqi Ba'ath regime was a Sunni Muslim minority that lorded over a Shia Muslim majority. Rather, he explains that the nature of the Iraqi regime suppressed any opposition, be it Sunni or Shia, providing a historical context which includes the 19th and 20th century spread of Shiism, the role of the monarchy in building the Iraqi state, and the emergence of the republic.

Ultimately, this book provides the reader with comprehensive in-depth research that attempts to answer historical, theoretical and philosophical questions on this topic. It provides a useful theoretical overview for confronting the sectarian crisis in the Arab world and its wider ethical projections, and documents the role of internal and external factors and rivalry among political elites in the formulation of sectarian identity, citing both historical and contemporary models. 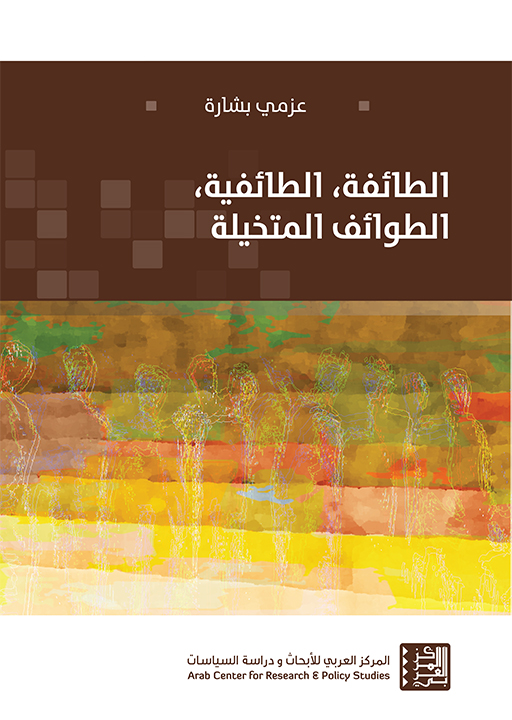