Love in the shadow area

Love in the shadow area is a novel by Azmi Bishara, the second part of a trio whose first part was published in the name of "The Barrier." The novel is written by the hero "Omar" who describes his beloved "Dunya" "And the contradictions that the Palestinians are going through. He also speaks with black irony about the actions and policies of the state and applies them to the Arab population. The novel moves away from the prevalent slogans in Palestinian literature, praising the steadfastness to talk about the "normal life" of the Palestinians in the "barrier state" in which Omar lives and explains to the Palestinian "Donia" abroad his life in his community and his relationship with the community and the state apparatus.

Who knows the doctor in philosophy and a member of the Israeli Knesset and activist politician to defend the rights of the usurped Palestinian and founder of the National Democratic Rally. He must also know that he is a writer of the novel. He transformed politics into philosophy into literature, and gave birth to what he called "the novel of fragments of the place" or his first novel, "The Barrier."

Those who do not know what the term "barrier" means in the language of life. The writer said: "Suffering" and its definition is a mass of cement, this may build a house and achieve a dream and has adopted a barrier and hindered hope.
And the culture of the barrier has become one of the ABCs of Palestinian daily life. The heroine "found" the hero is undefeated and unusually accustomed to read about the heroes. Because he lost the ground and found the barrier.

Whoever reads to him makes sure that the media has been forgiven by God. He did not convey to us what is happening there. He also conveyed it to Azmi Bishara because he told us about the details. The bodies of the living bodies sitting under its shadow wait without knowing the result of the waiting, which is the barrier that does not believe in the extent, but since he was born in that land, unlike the people.

After his novel "The Barrier," the writer did not move to the writings of the imagination and the Eden of the Garden of Eden; he deepened more with "love in the shadow region." The narrator was as present as the first. Especially as his novel revolves around a young man named "Omar al-Janabi" and "Dunya" in online conversations.

Dr. Azmi may have chosen these names for his protagonists to the extent to which the Palestinian in his religion would have to live his life without the Israeli determining the date of his death. Because their religion showed her face and put them in front of the barrier. Which has become the inevitable fate. He who sets appointments and hit major deals. "Omar" narrates to "Dunya" the situation of their country, which the author called on his tongue by several names; the state of the barrier "Israel" or the state of arrivals and arrivals.

As for the so-called "occupied territories" and the numerous names and the one country, "occupied Palestine," the novel begins with "Even on the land of barriers, the sun shines every morning." A realistic account of all the contradictions of joy and sorrow, love, hatred, laughter and weeping. ... And the facts of the remaining in the country after the displacement is terrible in all the meaning of the word and the man is sincere in his portrayal of that place because it is coming from there.

The story of fragments of place, land and identity is also not without mention of Arab countries and described their good relationship with expatriates and the relationship of mistrust and fear of the Palestinians or the displaced, we have no land. We have not a state they took and left us tongues shouting from scarring Perhaps this is a preliminary summary. The wound does not summarize the "ah" but has other things as its multi-end pain effect keeps in place. The "shadow of the barrier" is one of the many wounds left by the bleeding in the Palestinian body.

There are things that we remember for the first time. Or at least we did not hear about them in detail. Because he can not say this way other than Azmi Bishara, there are many languages; standard Arabic, Palestinian dialect, and some Hebrew and English terms.

Omar al-Janabi feels alienated in his home country. Donya also feels and finds the two who came out of the country. Because they all meet at one point, the alienation remains. "Shadow" is the word that is repeated frequently in the arms of the barrier, the hero of the novel suffers the suffering of all there to the point that he wanted to "vomit his shadow ... deprivation of everything. Even his love for a little remained prisoner computer shadow ... As longing realized that in the absence of those who love it wriggles It is said that the novel does not give you the opportunity to summarize it in a few lines, but invites everyone to dive in and to describe the barriers to come to the "scars" in the latter and say:

O our country, O big and Shabk, we have been abandoned, and you want to ask others and what you want
If you have said that you want us, you must have visited the country we have met
The land of our dryness invited us in the country of the sunset *** of the fate of its rulers, we departed the sunset
Tiji on our mind pours our dams *** Remember our Habibna when Mass and sunset
O Ritni bird fly and get up *** And he threw my wings on the willow and dangled
And the eye pours tears and the heart in the humiliation of the *** and the separations of Habibh Bbash to pray 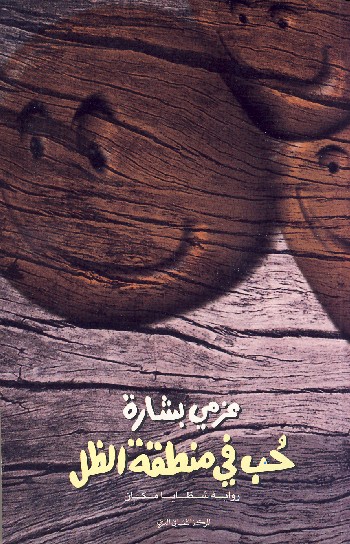