From the Jewishness of the state to Sharon

In the book "From the Jewishness of the State to Sharon" (in 390 pages, Dar al-Shorouk, 2005), a direct review of the references to contradiction within Israeli democracy is not limited to critical reading of the Israeli political system, In practice and politically, in which it can be based theoretically and philosophically.

From the start, the book seems to be consistent with his project, to present serious research, not only to transform the Israeli into a subject that can be represented, but to counteract the strength of the Israeli researcher in his study of the Palestinian Arab community. He does not want to present a counterproductive model of Israeli Orientalism, so he is surprised, as he explains in the introduction, to the extent that he wants to present a missing Arab-Palestinian viewpoint in this debate. Azmi Bishara does not look at the study of Israeli society as a separate one, as Western scholars do with other societies, but as both the fate of the Palestinians and their cause, both as an oppositional society and as a practical and procedural model for excluding and replacing Palestinians. If there is clear evidence of what we are saying, it is that "in every subject (of the book) Arabs and Palestinians attend" (p. 8).

The book provides general information about the Israeli society and political system, which provides the reader with a platform to present the basic text of the book and put it before the debates of the Arab minority in Israel. Before starting to present his argument about the contradiction of Israeli democracy through two levels.

The first level is that Israeli democracy confuses concepts that are incompatible with the structure of democratic theory, such as religion and nationalism, as well as the primitive definition of the nation or people on the basis of a hybrid between former workers. This chapter is not related to the laws or other details of the system of government, as far as the foundations of Israeli democracy, and the basis of contradictions, which is explained in the book and describes it at length. Other factors, such as the Israeli security doctrine and the culture that the state holds in Israel as a state of colonization, fall under this level.

In general, there is a second level to this contradiction, according to Bishara, regarding the Jewishness of the state. Israel is not within its insistence on its Jewishness, a state for all its citizens, for this reason and for other reasons it loses its primary meaning in the modern nation state. Which means that "the state sees itself as an ideological task in persuading those non-Jews to have a state other than the state in which they live, to exchange allegiance and move to it" (p. 21).

Thus, the state is unable to relinquish its political task of classifying its citizens as desirable or undesirable categories, unable to meet a condition of democracy, that is equality.

After presenting this contradiction, Bishara reviews the difference in the model of contradictory democracy in Israel from other known models. He sees it as a colonial model. He emphasizes that this contradiction is not the contradiction of the motherland of colonialism, which is singing its democracy while exercising various forms of oppression on its colonies. A different model related to the origin and idea of ​​the state in Israel and its construction. The book later proposes a special understanding of the state of Israel through its contradictions and discrimination in its definition of the nation and its citizens. The concept of colonial apartheid, which takes the model of traditional colonialism and apartheid in South Africa, is the worst. 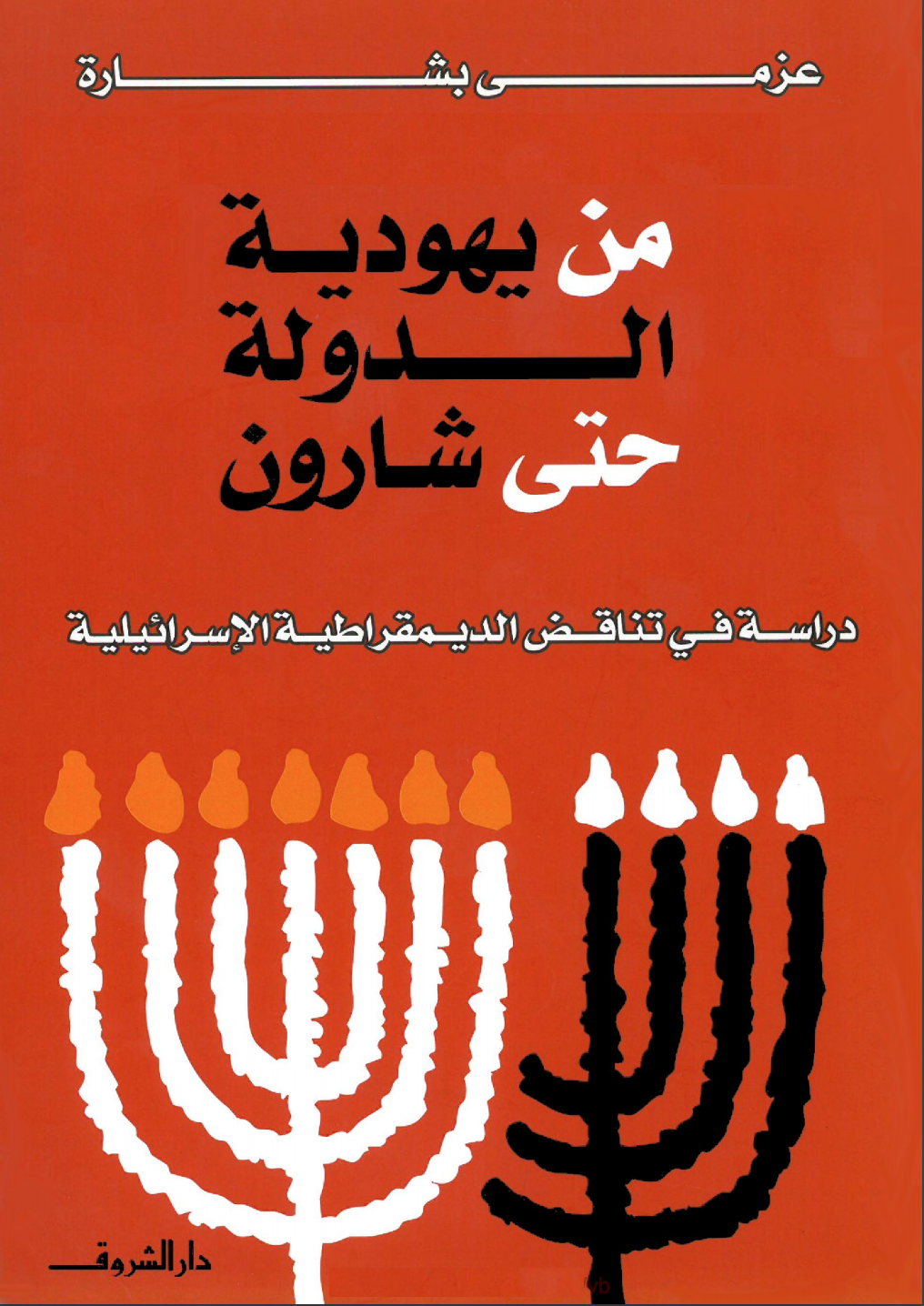