Israel Since the assassination of Rabin to the election of Barak, its elections do not reflect the position of the Oslo Accords. The political consensus on the Palestinian issue at its current stage or the position of the so-called permanent solution is almost unanimous. The political situation, the location of the religious parties in the state, the origin of the voter and his affiliation (Eastern, Western, Russian, Moroccan, religious, secular).

There was great joy in half of Israeli society after the fall of Netanyahu in 1999, much more than after the fall of Shamir. Netanyahu has tried to bring about a radical reversal in the composition of the ruling Israeli elite. While Shamir only ruled and changed the policy in favor of the right, and freeze the peace process without affecting the Israeli governing institution. Netanyahu also came up with an ambitious program to change the existing elites from the Likud itself to the clash with the academic, cultural and judicial elites, in alliance with a marginal element in the Israeli establishment, such as religious parties and wealthy non-productive brokers working in the gray zone between legal and illegal.

Cultural and psychological factors may be more important in interpreting the changes taking place in Israel. The assassination of Rabin, for example, has had a major impact on Israeli society, and Netanyahu has left this wound open and bleak.

The Israeli elections revealed a series of new phenomena, such as: the decline in the popularity and influence of the traditional big parties, the growing strength of the Shas movement to become the third party in Israel after Labor and Likud, and the increase in the number of parliamentary blocs, ie political and electoral fragmentation and dispersion. 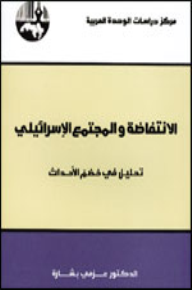