Despite it's having been published in five editions (three in Lebanon and two in Palestine), this book maintains its theoretical significance as a landmark work in its sixth edition, which has now been published by the ACRPS. The book's value and relevance are only increased today in the midst of the Arab revolutions, which have restated the importance of the concept, effectiveness, and role of civil society.

The book discusses the idea of civil society and the historical conditions for its emergence, notably the separation of civil society from the state, as well as concepts of the nation, nationalism, citizenship and democracy. The book is primarily a theoretical work in which the author attempts to retrace the history of Western political thought in the context of the social shifts that have accompanied and affected its evolution. In addition, the book offers a critical deconstruction of the concept of civil society, after it had become widespread and over-used in daily writings, causing it to lose its explanatory value and critical effect, making it synonymous with the concept of the national society. Dr. Bishara lists the functions of civil society, which necessarily lead to democracy, arguing that civil society has a history that is linked to politics, the economy, and the evolution of the notions of society and state in the face of both "organic communities" and the tools of coercion employed by the state to establish and maintain its dominance. The author reaches the conclusion that civil society is an intellectual and historical process leading to full-fledged citizenship and genuine democracy.

This sixth edition also includes an expansive new introduction (400 pages long) by Dr. Bishara in which he recounts the history of the emergence of the idea of civil society in the Arab world, arguing that its appearance and impressive spread during the 1990s was a form of compensation for the chill afflicting the Arab intellectual at the time, with the Arab intelligentsia withdrawing from politics due to the retreat of leftist and nationalist ideologies. As a result, most of those who adopted this new concept came from the ranks of the left and the Arab nationalist movements. These evolutions took place alongside the collapse of the Soviet Union, the crisis that overtook the Arab world with the 1990 invasion of Kuwait, and the signing of the Oslo Accords in 1993. As these events pushed many intellectuals out of politics, some former leftists sought to reduce civil society to "non-governmental organizations". These days, however, the intellectual has returned to the political arena with the eruption of the revolutions in Tunisia, Egypt, Libya, Yemen, and Syria. Arab intellectuals are engaging in the revolutionary act with their ideas, their public stands, and even their bodies. In light of all this, Dr. Bishara concludes that when it is devoid of politics and outside the context of the democratic struggle, civil society is in fact an abortion of its own historical essence.

On a different front, the book also focuses on the distinction between the nation (ummah) and nationalism, drawing the epistemological and methodological borders between the two concepts. In this respect, Dr. Bishara stresses the notion of the citizens' nation, which is a nation beyond the nation-state borders, and a civil society domestically. As for citizenship, it surpasses cultural, ethnic, sectarian, and tribal identities, while nationalism is based on language. It is on these two bases that civil society can be built and established in the Arab world.

In the short term, the author expresses concern that the struggle against political regimes in the Arab world could become one over identities, an event that could fragment "the national bond", preventing the formation of the citizens' nation. He notes, for example, that in Yemen, civil society is advancing with confidence, but with great difficulty, by simultaneously distinguishing itself from the state, the tribe, and the military. In Libya, it appears that the notion of citizenship is facing a struggle on two fronts: against foreign intervention, which degrades national policy, and against the revival of tribalism and regionalism. Dr. Bishara also criticizes the boundless praise heaped on Arab youth, which resembles the odes sung by Arab intellectuals to civil society when they first discovered the concept. He argues that this flattery misguides Arab youth, presenting them as a political faction or a homogeneous political camp, neither of which conforms with reality. 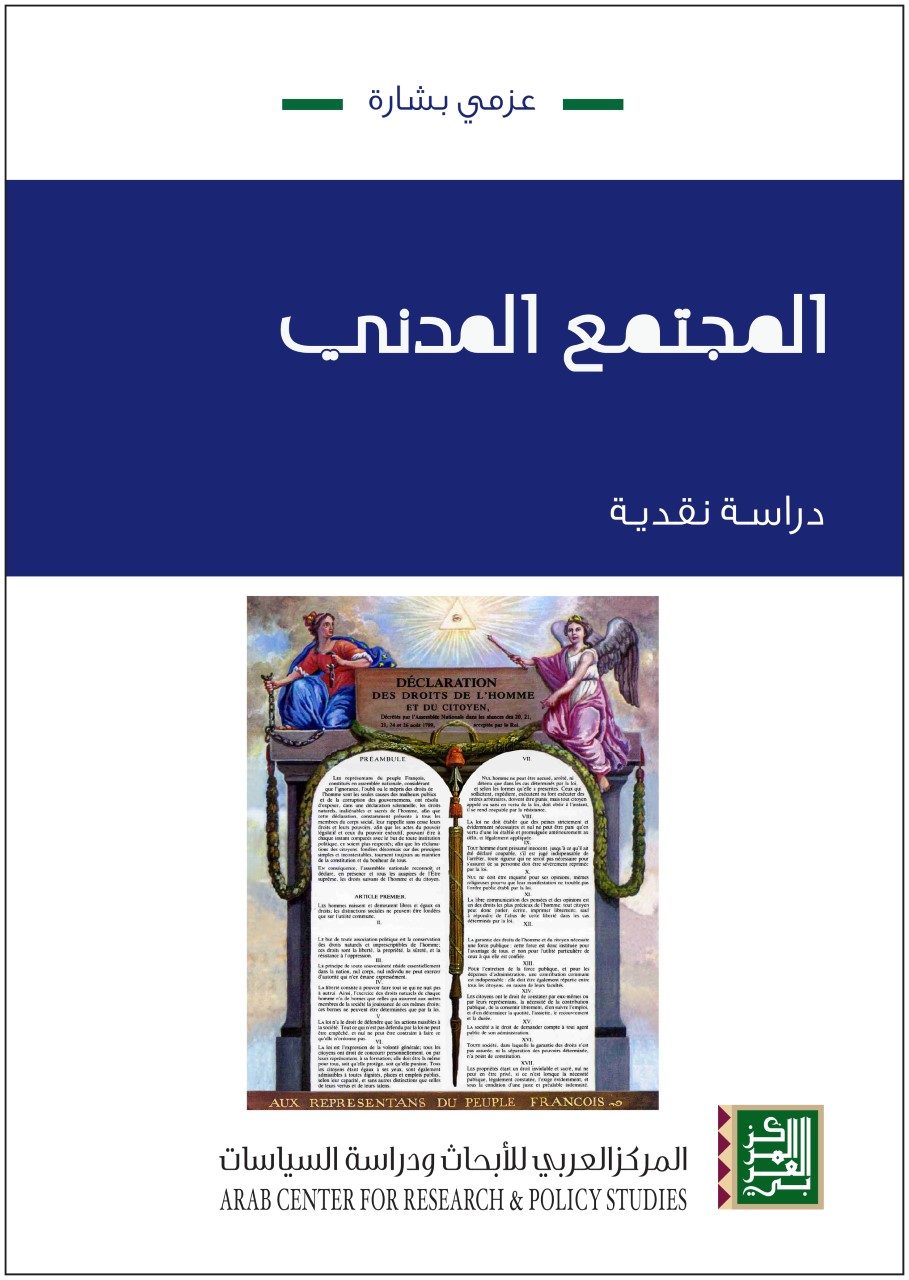 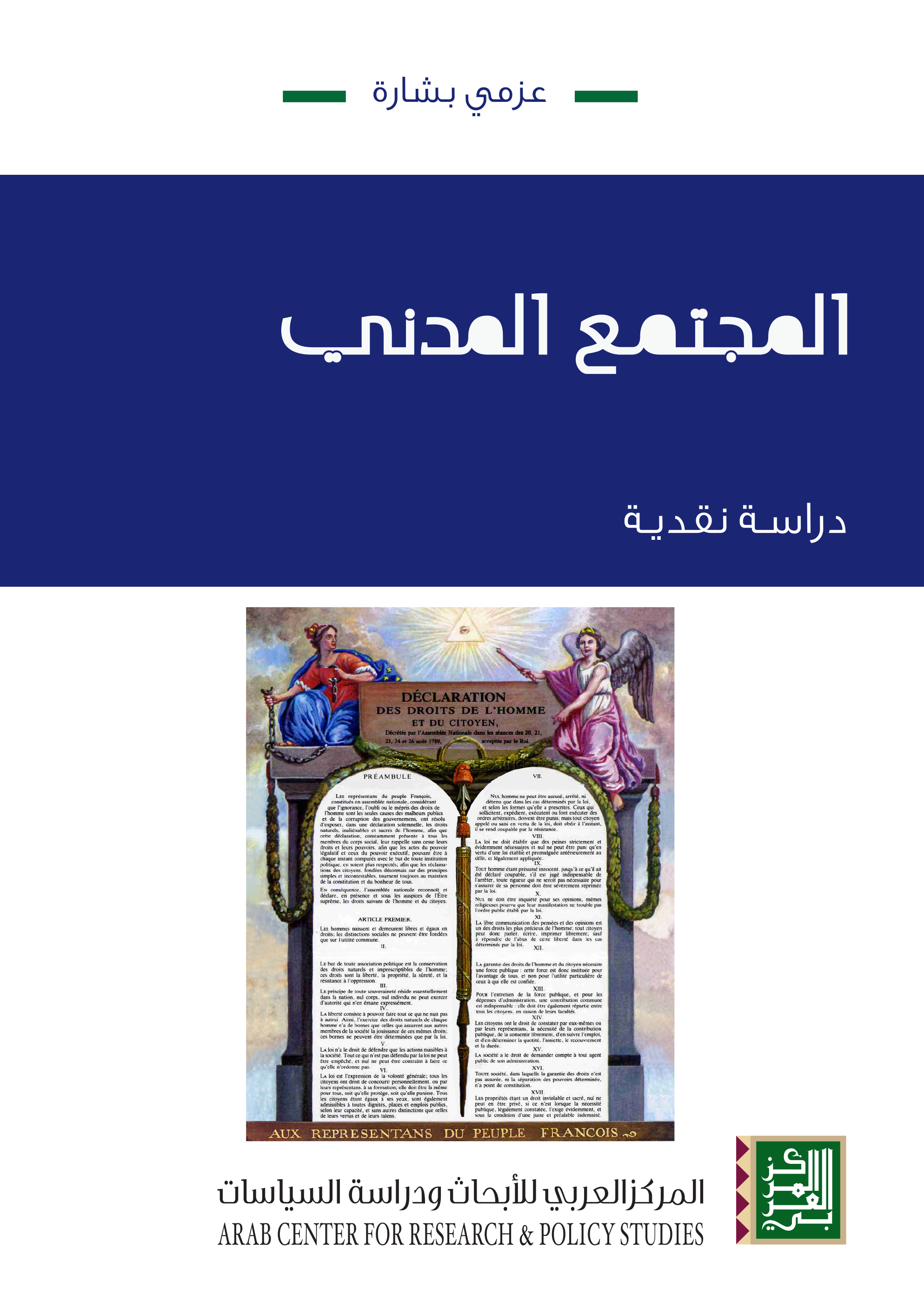