Book Review: Religion and Secularism in a Historical Context II 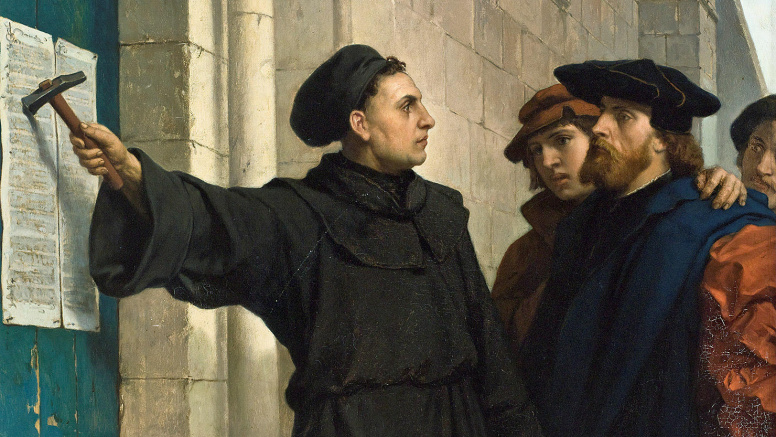 Azmi Bishara presents himself in his introduction to the second part of Religion and Secularism in a Historical Context with the challenge of "saying something new".

That is the starting point for this Arab intellectual as he takes his readers on a journey through temporal eras and spheres, which are mostly European, deconstructing concepts and clarifying their dimensions and origins along the way.

It seems that tracking secularism's development and the environments in which it gained intellectual and cultural ascendancy, as well as presenting a critical vision of that process, required the second part to be somewhat lengthy.The first volume comprised 900 pages, and the second 500, and the author attempts to overcome the difficulty this presents to himself and the readers by adopting a methodology that aids the reader throughout the book.

Azmi Bishara's study on the development of secularism highlights the interwoven relationship between the religious establishment and the capitalist system that has developed.

Each chapter is preceded by a summary of its structure that provides the reader with a map before entering the maze of historical investigations and tracking the slow development of secularism.

Bishara describes that development process as "a winding and even spiral course of development in European thought concerning the approach to the relationship between religion, science and politics".

It is as though he is signalling to the reader that they should be accustomed to walking on two ropes: the development of ideas in a religious framework on the one hand, and the process of introducing worldliness into religious thought on the other.

That is until they arrive at a time in which a culture appears and is separate from religion.

The author studies the mechanisms of such development, and says these processes "do not occur as mere separation processes, but as unity, differentiation and dissociation, and then unity once again".

This is identical to the hypothesis with which the first part of his work ends, since, according to modernism, it is the secular sphere that defines the religious sphere.

"These are not decisions or positions, but a process of historical development," he says.

Hence, he implicitly affirms that it is necessary to focus on each historical phase to understand events that are occurring today as a result of such historical development.

Christianity did not establish a state, contrary to Islam and Judaism, but infiltrated an existing political entity.

The church is a pivotal institution for the understanding of secularism.

Bishara regards it as the pattern for the encounter of the Christian religious congregation with the imperial pyramidal structure of the Roman political entity.

The author notes that Christianity "did not establish a state, contrary to Islam and Judaism, but infiltrated an existing political entity, which was the Roman Empire. It sprang up separately of the Roman state, but subsequently inherited it".

At a certain historical moment, the church's affluence and influence turned into "an environment that fostered a culture that was worldly in substance and inclination".

Such development includes the era of the Crusades, which began as a reaction to the expansion of the Muslim lands, before turning into an aspiration to unify Europe behind a religious idea.

The occupation of Jerusalem in 1097 represents a distinctive moment as Europe discovered its "Europeanised Christianity" when it encountered Eastern Christianity. It is also the moment of "making politics religious, which also meant making religion worldly, or, in other words, secularising it".

After the failure of the Crusader wars, kings began to fight the power of the church, which employed political conspiracy, giving rise to opposition under the guise of denouncing its affluence and grandeur.

Thus, "hatred of the papacy spread after the papacy acquired political enemies".

Royal disgruntlement, followed by popular disgruntlement, against the hegemony of the church coincided with the onset of the conflict between the logic of capitalism and the moral and intellectual principles imposed by the church.

This included rules governing borrowing and the use of the Latin language.

The early manifestations of this clash appeared in Italian cities.

As part of the conflict, the Renaissance era began. It was an important phase in the emergence of distinctiveness amongst religious and non-religious elements in the process of historical development.

During this era, the process of secularising political thought began with Machiavelli, who conceived of politics as a purely worldly sphere based on the pope's inability to unify Italy, and looked to the "prince" to do so.

All those factors and others nurtured Luther's ideas when they appeared at the beginning of the 16th century.

In regard to Lutheranism, Bishara notes "it was a rebellion that intersected with the conflict of the German princes with the pope, benefitted from the emergence of printing and developed further as a result of its subsequent institutionalisation as a sect".

Bishara says: "Protestantism did not provide a theoretical philosophical addition, it rendered religion into worldliness and brought it into people's daily lives in the shape of morals and a lifestyle, rather than as mere rituals and obedience to the church's instructions."

Protestantism led to a transformation of this structure into local-national churches, and these churches contributed to the emergence of national identities.

This controversy gave rise to the opportunity of theorising in favour of giving the state primacy over the church.

In the same context, religious tolerance was put forward as an alternative to compulsion.

As he charts these developments, the author does not omit references to other influences in the development process.

That is in addition to geographical discoveries and the emergence of social categories such as employees and workers.

Bishara uses those parallel developments to explain the phased historical transformations from the Renaissance era, to the Enlightenment and Modernism.

Bishara explains the principle that is behind moving from one phase to the next as being "shaped by already formed thought that both predates it (the phase) and gives rise to its antithesis".

In the second volume of the second section, Bishara refers to another form of secular transformation.

This moves away from the controversies surrounding Christianity to other contexts imposed by colonialism and the processes of modernisation that societies underwent.

Bishara believes that "the main arena of conflict was the process of national formation of peoples and states" and it caused those societies to experience the "religious-modernist" duality.

He uses this argument to tackle the effect of secularism on the Arab world, where "an inaccurate, deformed or second-class version of European secularism" appeared.

Bishara explains this as an Arab acceptance of secularism "according to its conceptual essence, rather than according to an understanding of its complex history" - an issue that he tackles in this work.

Bishara says that Arabs "considered secularism as an already complete, given experience, not as an experience that is achieved in accordance with the historical conditions of societies".

He says he will deal with this perspective in detail in the third volume.

At the end of his historical exposé, Bishara presents his vision for an amended "more complex" model of the theory of secularisation.

He considers it "not a theory, but a meta-theory", in the sense that it is not enough to differentiate between a religious sphere and a worldly sphere.

In addition, a differentiation must be made between patterns of religiosity, social categories, the different types of state and the degree to which societies are developed.

Hence, what has been observed and understood from European history and applied to states in Europe cannot be applied as a comprehensive theory to all human societies.