Us and them: Arabs and Turkey's Failed Coup 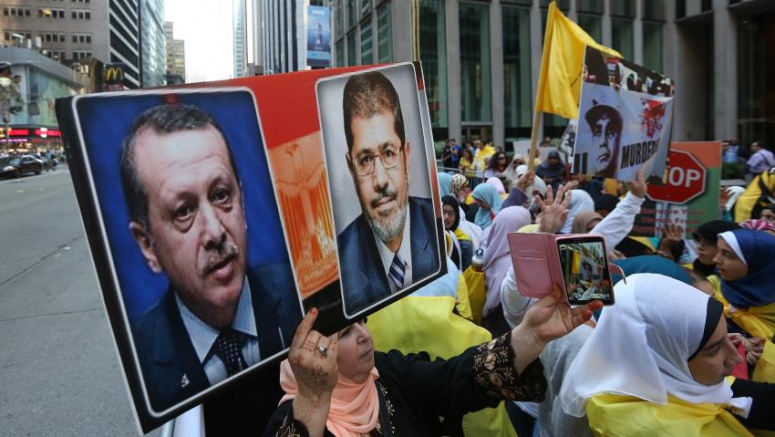 It was enough in the 1950s and 60s for a group of young officers with even middle and low ranks to seize radio and television buildings, or take a column of tanks into the capital and declare a coup, for one succeed in any Arab country.

In modern-day Turkey, on July 15, 2015, a faction with many arms in the army, police, judiciary and other state institutions attempted a coup of this kind.

The statement that came from the putschists claimed their actions were meant to protect democracy, human rights and the secular foundations of the Turkish republic. But their words were reminiscent of the coups our countries witnessed in the past century, where they once condemned the corruption of politicians and their treason, and affirmed their commitment to the liberation of Palestine.

The Turkish people completely ignored the statement, and paid no attention to a single word in it. The only matter relevant to them was that it had been issued by a military coup against an elected government, something they judged to be an egregious act.

The Turks, a people who have long suffered from military rule, have only bitter memories of coups. In their political culture, the Turkish people consider military coups, regardless of the lure of their discourses and slogans, an assault on their will and right to choose their rulers.

Having a military junta in power can only be a bad omen that ushers in bad times. Times that begin with declaring a state of emergency and curfews, and do not end with the dissolution of parliaments, detention of activits, closure of newspapers, and so on and so forth.

No one wants to take such risks with nothing to show for but promises made by military statements.

Turkish opposition parties, led by the Republican People's Party, are loath to the current rulers, and believe the government's domestic and foreign policies are bad for Turkey. Nevertheless, they all came out against the coup.

They defended the democratic system of government, because they know rule by the military is a threat to civilian political life. They would rather wait for the next election than let the army eliminate their political opponents.

The political culture of the Turkish people is the antithesis of the thinking of the parties that competed over power after the Arab uprisings in 2011. They have a radically different approach to the notion of the state.

Indeed, the Turkish political forces and people make the distinction between the system of government and its agreed political and civil principles and foundations irrespective of rivalry; and the incumbent rulers and the differences they have with them.

The Turkish army, in the past decade, has come a long way in terms of abandoning its political ambitions and focusing on professional service, and accepting its remit as including the defence of the elected government.

Democratic culture has also since become entrenched in Turkey, in its political parties and the mainstream media.

The coup leaders had to even forge the signature of the army chief of staff to trick the people into believing it was all of the army that was staging a coup, because they understood the significance of the army in the national psyche.

In Arab countries, there is still a long way to go for our armies and political forces. In 2013, a military coup led by the army commanders, not a group of young officers, proceeded and succeeded.

To be fair there has been political "progress" made by Arab armies: Their structures and intelligence abilities "evolved" in such a way that it is not possible for colonels and majors to stage coups now; only army commands can seize power, then choose a president.

As for the Arab media, there is a lot to be said. Some media outlets were well-funded by states exactly for purposes like backing coups, and indeed, many such outlets prematurely supported and declared the success of the coup in Turkey without shame yesterday.

For example, the statement by the Muslim Scholars Association was definitely not in defence of democracy.

Yet, we noted that there was an emerging Arab pro-democracy current that, while differing with the ruling Justice and Development Party, defended democracy and opposed the coup in Turkey.

Others of a similar mind, while being supporters of Erdogan's party, were keen to defend democracy in and of itself rather than the party, and expressed concern Erdogan may exploit the failure of the coup to consolidate more power in his hands.

These voices were captured by certain media outlets, which were supplying Arab viewers with more accurate information on Friday night as it happens.

But perhaps the most telling expression of our state and of our worries as Arabs, was ultimately the concern I was hearing from many sources regarding the fate of refugees and exiles in Turkey, who had fled Syria, Egypt and other Arab countries...