Tunisia, The Arab World's Only Democracy Must Be Protected 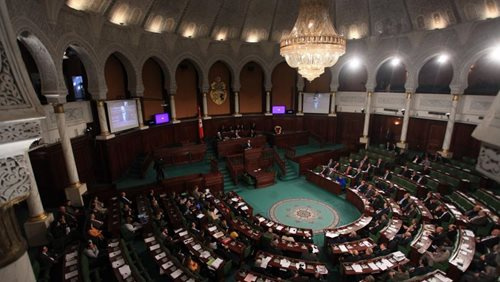 Tunisia is facing immense challenges. Its experiment is surrounded by grave risks, most of which are socio-economic in nature.

True, the political landscape of Tunisia is yet to settle on a stable form. However, this is not the main threat to the fledgling Tunisian democracy.

Most people there are focused on issues related to their livelihood, under a constitution that protects their freedoms, and are not much interested in the ever-changing alliances and political rivalries over leadership of this or that party.

The goal today is to preserve the Arab region's only democracy. I doubt there is any disagreement on this goal among the existing political forces.

Currently, the ruling coalition acts like a pole for the political tent covering Tunisia, protecting it from sliding into chaos that could do away with its democratic experience and pave the way for a return to authoritarianism.

This in and of itself underscores the importance of this anti-polarisation coalition, particularly since there is no lack of forces in the country that see Tunisia only from the perspective of partisan competition and that do not sense the threat to the nascent regime as a whole.

I concluded my book on the glorious Tunisian Revolution with the assessment that the main contradiction that would continue to shape Tunisian politics is the socio-economic contradiction, especially as it is manifested in the question of urban centres versus the peripheries.

This applies to both the country as a whole (i.e. the coast versus the interior), and to every major city individually. That was the diagnosis we made in 2011, when the Arab public was at the peak of optimism. Today, the issue is even more crucial.

The motive of the uprising in Kasserine has been socio-economic, but Tunisia's democracy was able to absorb the shock without a large number of casualties, offering a different example of how to deal with such events.

But what are the guarantees regarding the next wave of protests? And how dramatic could these be?

To be able to deal with this structural issue, real development policies are needed, which also require growth, though this is not the only condition.

However, Tunisia is facing severe economic hardship, partially because of geopolitical reasons, obstructing its growth.

The unrest in Libya has affected revenues from remittances sent by Tunisian workers there, and the economy has been burdened by the influx of refugees.

Furthermore, terrorist attacks have targeted the Tunisian democracy, directly affecting tourism, the second most important source of foreign currency revenues in the country (20 percent of these revenues, and 7 percent of the GDP).

Investments were also affected by both terrorism and the reactions to terror ac ts, which were amplified by political rivalries. And we still do not know what impact any future military intervention in Libya would have on Tunisia.

The rich nations of the world have not learned from past experience. Their politicians do not understand how crucial it is to support Tunisia's democracy with grants and investments, and forgiveness of its loans.

This is despite the fact that such an approach is more effective than spending funds on weapons and armies later to fight the terrorism that could result from the collapse of this rare democratic experiment, and the rise in the number of desperate youths fleeing the lack of opportunity and decent life.

Tunisia's budget is worth around a third of the GDP. Around 45 percent of spending goes to salaries, and 37 percent to the servicing of debt.

The fact that more than a third of the budget goes to servicing the Tunisian debt prevents spending on infrastructure, on projects that create jobs and on services that could alleviate existing social tensions.

Savings declined from 22 percent to 12 percent in the recent period, while unemployment, according to official figures, averaged around 15.2 percent though in some western regions the figure is as high as 25 percent.

Most dangerously, unemployment among graduates is between 31-57 percent, in Sidi Bouzid for example. Suffice to say, this kind of unemployment causes frustration and social tension, taking into account the expectations a university education creates among youths.

Rising unemployment is linked to declining growth, which currently stands between 2-2.5 percent, while robust employment would require a growth rate of no lower than 6 percent, to absorb unemployment and people joining the workforce.

This is particularly the case amid the continuation of what scholars term the democratic window, which describes the relationship between demographics and development. In this phase, there is an increase of demographic segments available to work, but tensions occur when the economy cannot accommodate this supply of labour.

In truth, this demographic state, where the proportion of youths is high, is one of the factors behind the Arab revolutions in recent years.

Confronting these challenges requires fair development policies, and what we now call social democracy in parallel with political democracy in developing countries. Its main condition is spurring growth, without which there can be no development.

Supporting the Tunisian economy is not a purely economic decision, related to profits that this could achieve. It is a political decision with geo-strategic implications that even non-democrats can see, that is if they are rational.

It is not wise to wait for collapses and revolutions, or international mediations post-conflict, to hold donor conferences and create support groups.