It's Not About Free Speech, It's About Murder 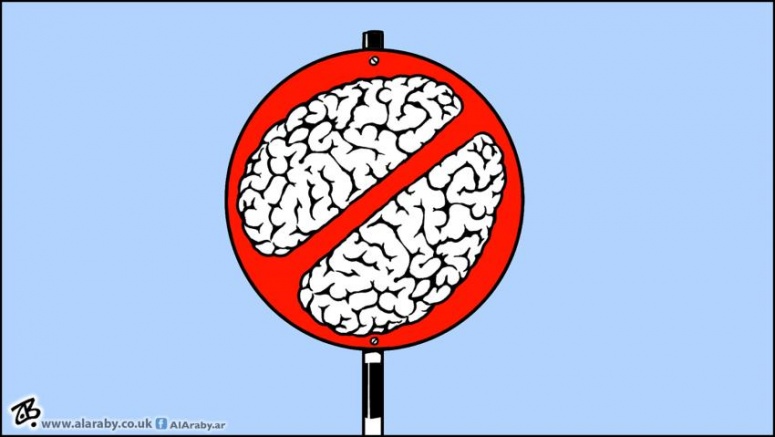 The Arabs as a nation, and many Arabs as individuals, are victims of some of the most horrific crimes - in Palestine, Iraq, Syria, Libya, Yemen and elsewhere.

And as Syrian refugees die silently from lack of shelter from the cold, Arabs and Muslims find themselves being blamed because certain individuals carried out an attack on the offices of a satirical journal in Paris, killing editors and cartoonists who worked there.

But Arabs and Muslims heard the news of this attack in the same way everybody in France did, or saw it like them on television. They have no other link to the incident.

I usually hesitate to express a position whenever a crime like this occurs. Rushing to state a position means that one has been blackmailed into consenting that all of us Arabs and Muslims must indeed rush to defend themselves as though we are suspects.

Moreover, my position on such crimes is well known and unequivocal. In effect, the more condemnations are made by Arabs and Muslims, the more this reaffirms the supposed link between ourselves and the assailants.

Yet silence becomes problematic when there are people justifying the attack by citing the background of the perpetrators and the responsibility of the West for what is happening in the Arab world, or when there are people who justify it by arguing that those who insult Islam and its Prophet should be punished - even when just such people may claim on a different day that the whole thing is a conspiracy, and that rushing to claim that the perpetrators are Muslims is part of a diabolical plot or even just plain racism.

There are always some who see the timing as explanation enough for the alleged conspiracy - with questions like, why has this happened at this time in particular, and who stands to benefit?

Such people are ever ready to prove their "theses" or refute them when needed, using the same arguments either way.

Killing civilians is a crime that can never have a tenable link to other crimes in which the civilians in question are not involved.

This applies even if the killers are victims of those crimes - though in most cases, the killers have nothing more than psychological or emotional connections to them. In either case, murdering innocent civilians is a crime.

This is my position. It may not satisfy some people, who may argue that the attack was not a random attack on civilians, not this time, but rather that it was committed in order to punish offenders who had affronted what Islam and Muslims hold sacred.

This claim is consistent with elements of the narrative that prevailed in the aftermath of the attack in the West, which holds that the killing was a deliberate assault on freedom of speech itself by enemies of democracy and free speech.

Islam, the Arabs and free speech

Meanwhile, the hypocrisy shown by some Western intellectuals and politicians does not help repudiate the metaphysical justifications of those who condone such attacks.

People who justify such attacks respond by arguing that there is no free speech in France itself when it comes to incitement against Jewish people or denying the Holocaust.

The lines have been blurred between free speech - on subjects such as religion, religious communities, certain groups of people, ethnicities, and their revered symbols too, which democracy is supposed to guarantee - and hate speech. But the line between them is not so thin, and a sound mind can indeed tell the difference.

On the other hand, the Arabs have been living in recent decades under regimes that assassinate their opponents because of their opinions, or at best, jail them, for what the regimes often claim is treason, lese majeste against monarchs or presidents, or even for "weakening the national spirit".

And ever since Ayatollah Khomeini issued his public call for the assassination of Indian-British writer Salman Rushdie for what he wrote in his novel The Satanic Verses, we have been unable to ignore the debate in the West regarding religious-political death sentences in response to free speech and expression.

The real problem here lies in the belief that responding to what is free speech to others, and provocation or even incitement for some individuals, is murder. Let us assume that what the French magazine published was itself in breach of free speech and was in fact an affront to religious beliefs.

Then what actually taints these beliefs more, trivial expression or the blood of the innocent victims who were murdered? At its core, this is about the scale of moral values.

In our countries, there are governments that jail, torture and kill people for expressing themselves freely. In our countries and in our cultural context, individuals have emerged from among both the victims of the regimes and others who justify the murder of people who insult their beliefs through free speech and expression.

The need for critical reflection

The other problem is that many among such people do not make the distinction, to begin with, between critical discussion and incitement, and academic research and insulting the sacred.

Are such events a worthy cause for millions of people to rise up and damage their future, their plans, their relations with other nations and peoples? To be sure, such events have mobilised more demonstrations and raids against embassies than Israel's assaults on al-Aqsa Mosque and settlement building in Jerusalem ever did, or the bombing of Baghdad and Aleppo.

I remember that during the original controversy over the Danish cartoons of the Prophet Muhammad, the Syrian regime staged angry demonstrations which culminated in a march to the Danish embassy in Damascus. This was during a period of political isolation of this regime in the West.

The message was that the regime could inflame the passions of the public against the cartoons just like it could control them at will. The same regime sent more or less the same message when it allowed jihadists to cross into occupied Iraq after 2003.

Self-confident peoples and cultures cannot be threatened by cartoons or words, nor manipulated by tyrannical regimes or extremist individuals to turn cartoons or even hate speech to a main issue that marginalises major crimes against humanity - despotism, occupation and discrimination policies, and even the racism that attemts to legitimise hate speech.